BugDoc Dave here after missing last Tuesday but figured I could Illuminate this Tuesday with some stretch glass! While most would think of candleholders to illuminate their dinners with some nice candles, I’m thinking of using a period lamp with some stretch glass shades! Imperial was the master of making press-molded shades with iridescent effects. Their NUART line was extensive, and while they used shiny iridescences on many of the shades, they used their Art Glass (aka, Jewels) iridescences on the shades too – Pearl White, Pearl Ruby and Pearl Green. The #548 is probably the most common shape with faint optic panels and a slightly scalloped rim. Here is one in Pearl Green. 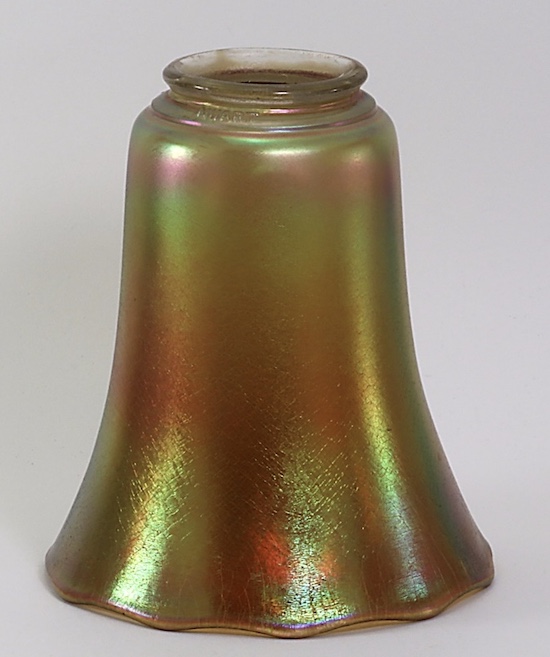 When this shade was flared and cupped, it was called #535. Here is an example in Pearl Ruby: 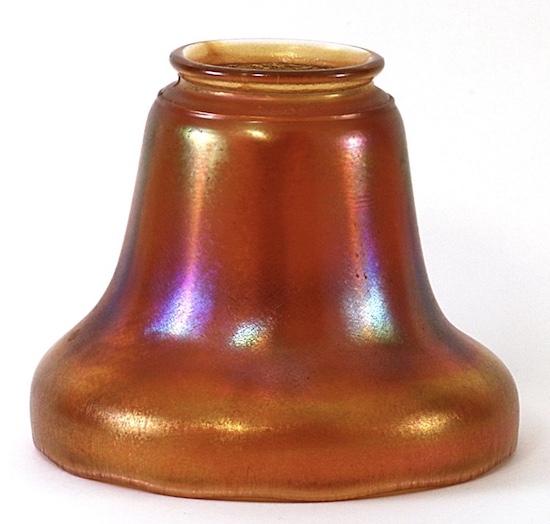 Shade #544 external panels and a more defined scalloped edge. These are a bit more difficult to find. Here is one in Pearl White: 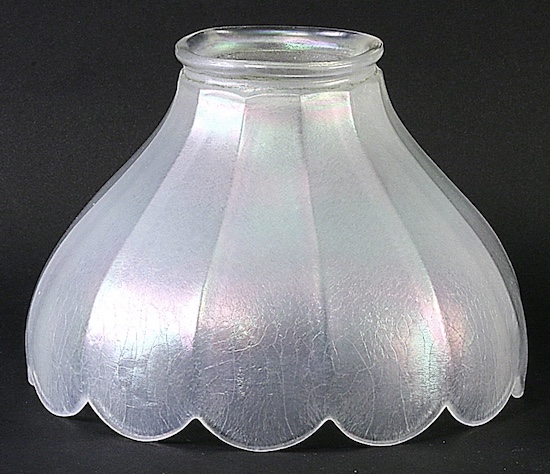 The simplest design is the #583, but this one in Pearl Green is special with a starburst cutting: 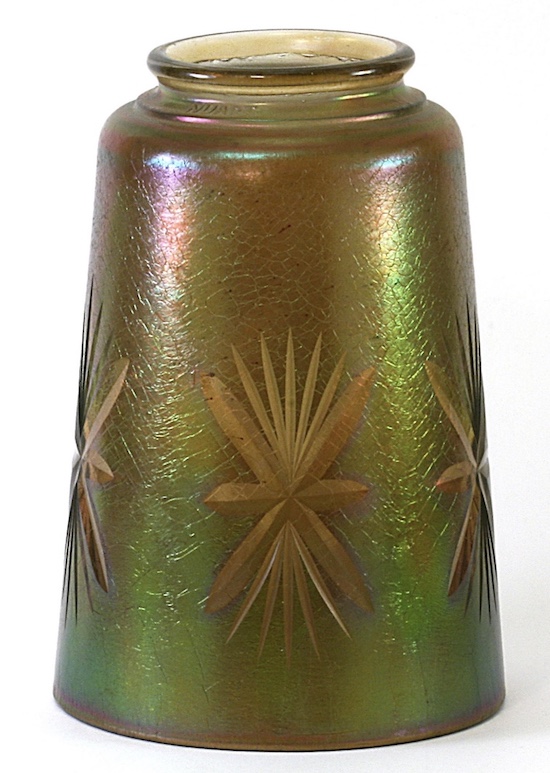 And, Imperial made a couple of square-shaped shades. This #601 is commonly found in frosted and crystal glass, but here is one in Pearl Green: 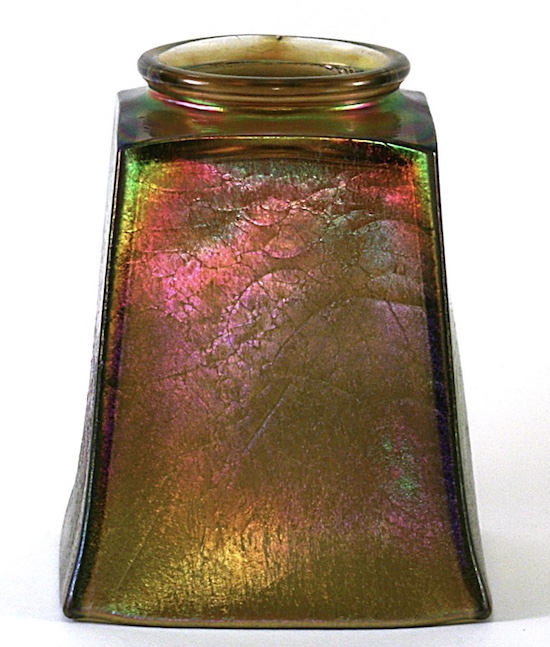 A slightly more complicated square one is the #561 that has flutes along the edges. Here is one in Pearl Ruby. 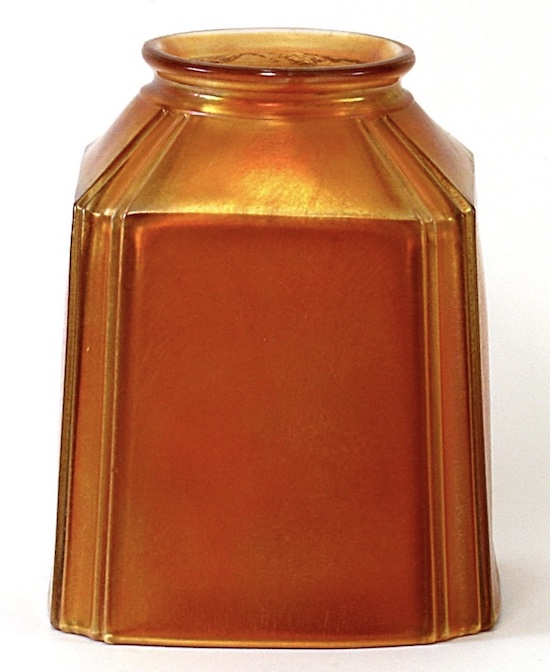 Another cylinder-shaped one with deeply scalloped edge is the #591, also in Pearl Ruby: 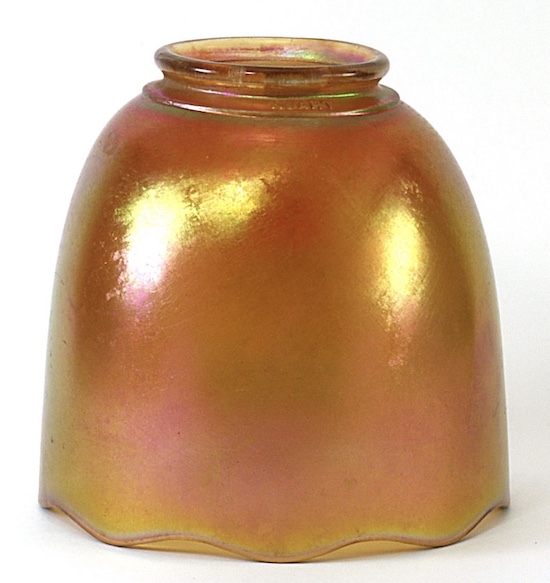 I really like the puffy, almost floral shape of the #559, shown here in Pearl Ruby: 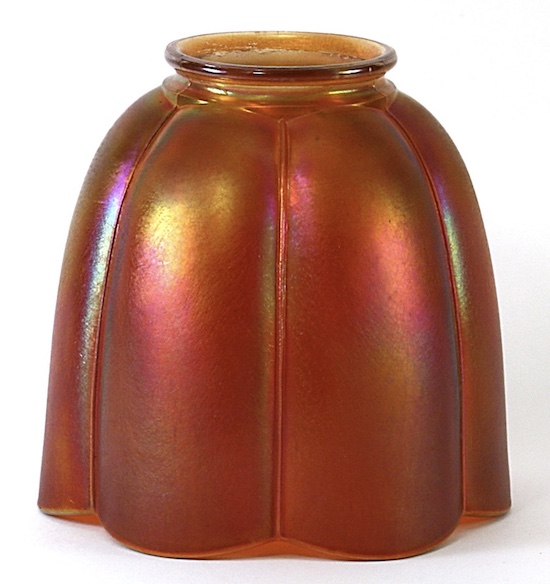 But, my all-time favorites are the #575 shades that have deep flutes all around the sides. The iridescence on this Pearl Green example can’t be beat! 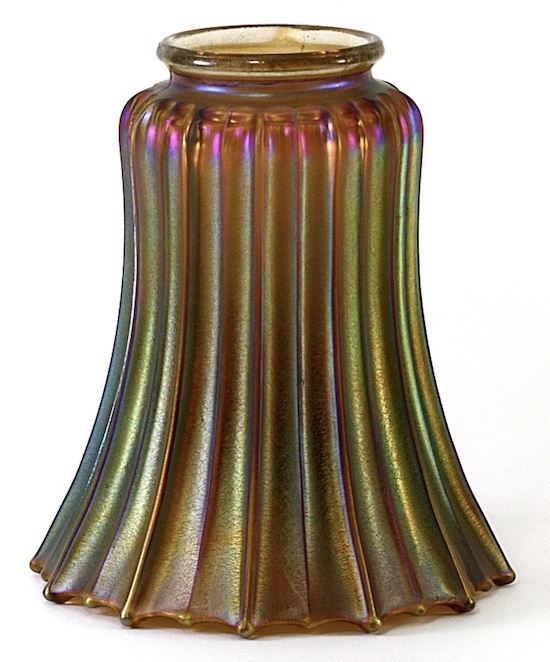 There are quite a few additional Imperial shades that have patterns, but most of them have shiny carnival iridescence. A kind of crossover is this buzz-saw impressed shade in Pearl Green: 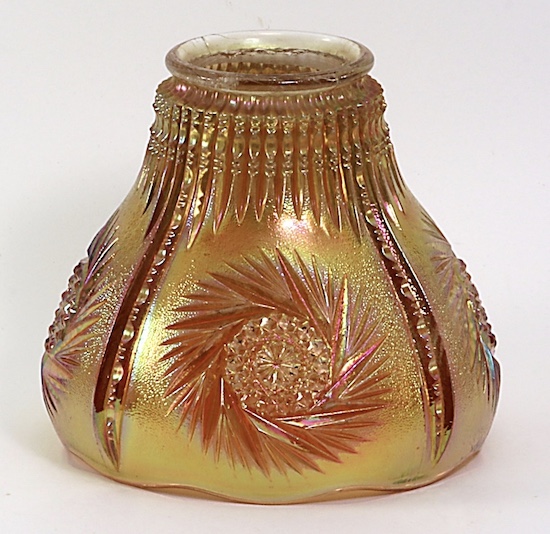 Northwood and Fenton also made some light shades with stretch iridescence, but that’ll have to be another time.