Cal here. Happy Tuesday Stretch to one and all, I love red stretch glass so when Brian chose red for February I knew I had better get busy and select some of my favorites to share. 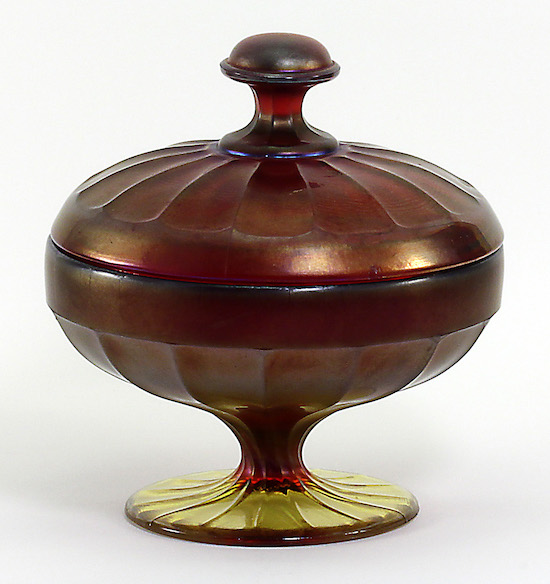 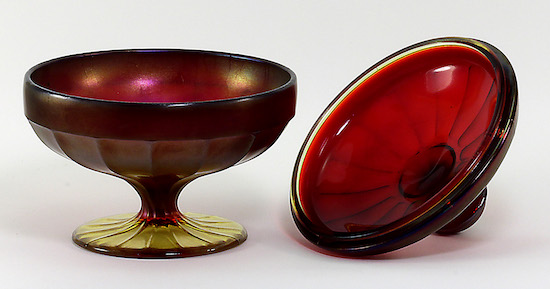 I am privileged to own the only known red Diamond bon bon. It was in the Fenton museum for many years and made its way to me via a fellow collector when the museum was being dismantled. It is attractive with a subtle iridescence. Too bad Diamond didn’t make more of them.

In the early Fenton catalog pages, there is a hand-colored red bon bon shown, but I am not aware of any red bon bons that were actually made by Fenton. Photos of the Diamond red bon bon appear in the Fenton books, but it was not a Fenton product. On the one hand this seems so strange as Fenton made bon bons in virtually every other color; but then there was the challenge of getting their red pieces to that deep, dark red color and maybe that wasn’t possible with a bon bon due to multiple times it would have to be heated. 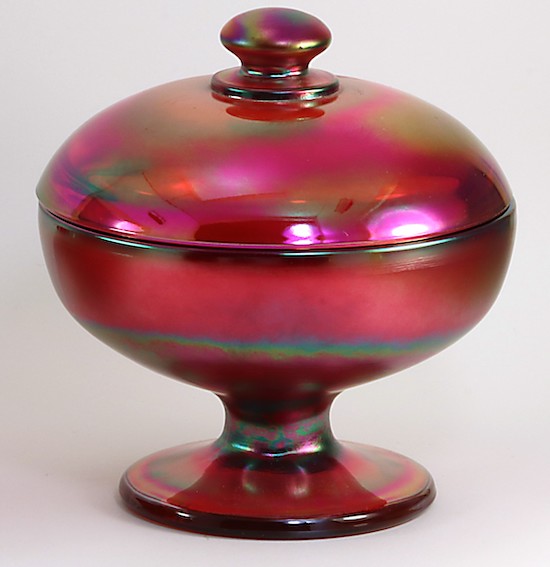 This is the Fenton red bon bon from the late period. 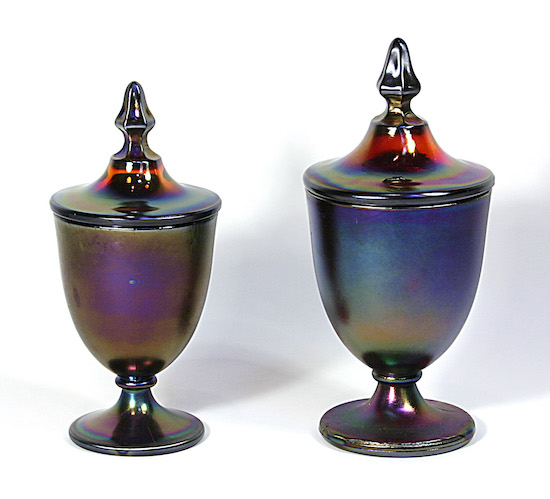 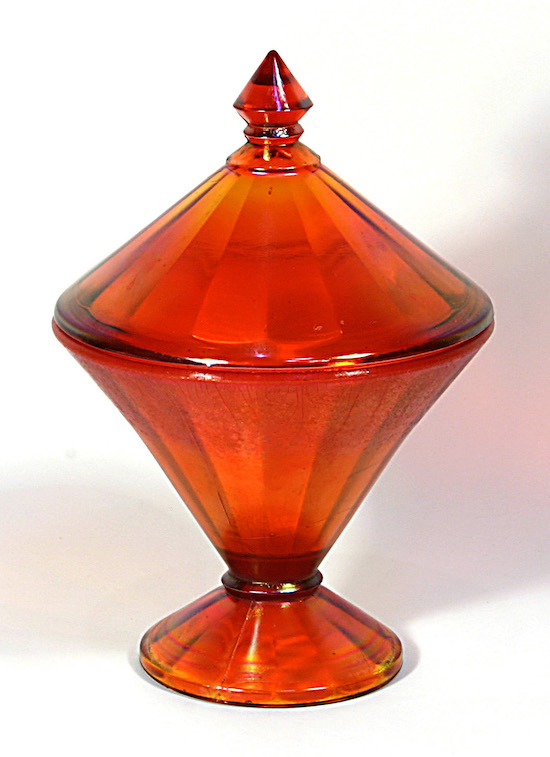 Here are 3 other red Fenton candy jars from my collection. These include Candy Jar #8, which holds ½# of candy, Candy Jar #9, which holds ¾# of candy and the #736 Candy Jar, which has a 1# capacity. In several colors there is a companion #735 Candy Jar, which is quite a bit smaller and only holds ½# of candy, but I do not believe any of these smaller #735 jars are known in red. Note that the #8 & #9 jars are a deep red while the #736 is usually found in a cherry red. It took me many years to assemble this collection of red Fenton candy jars. 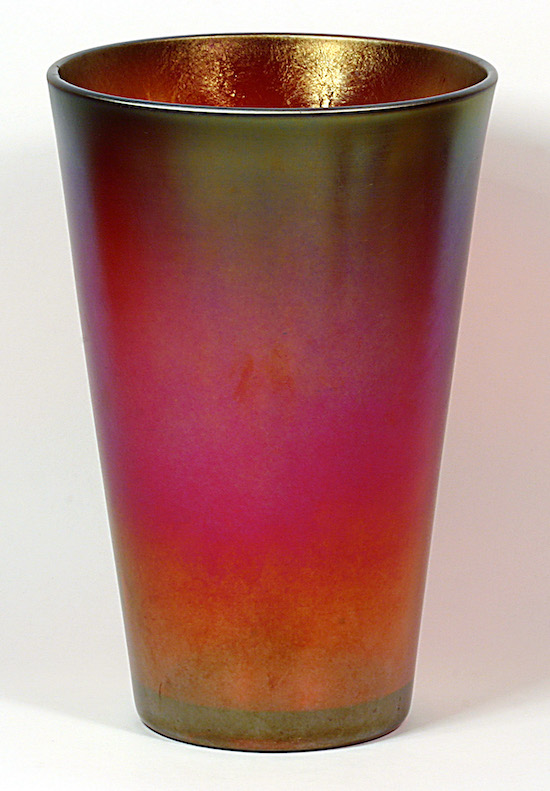 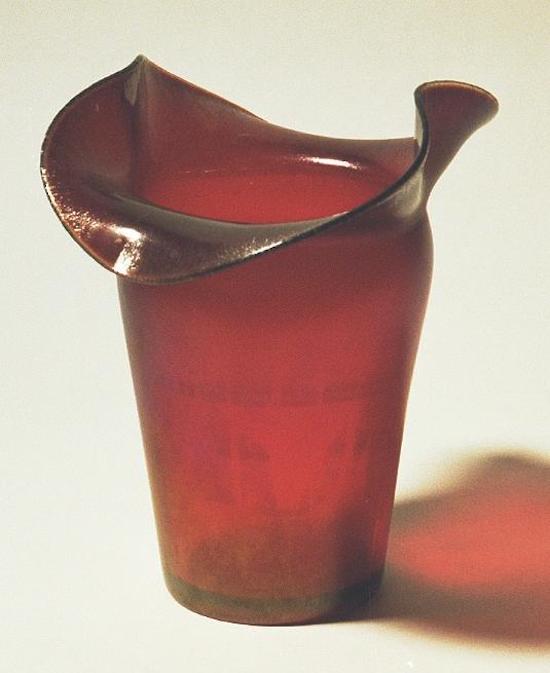 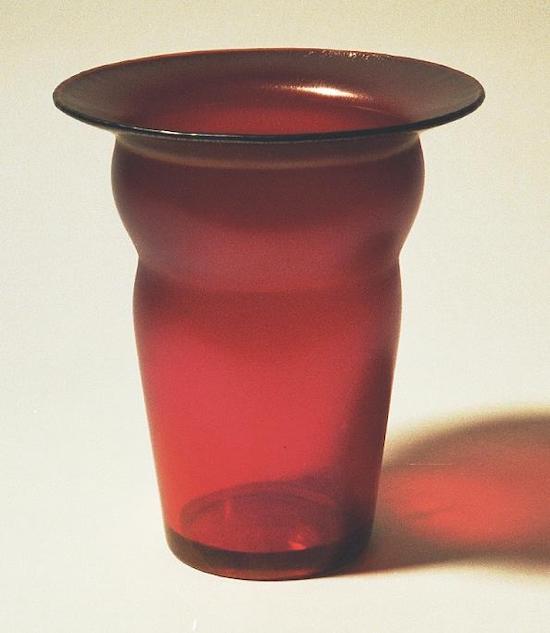 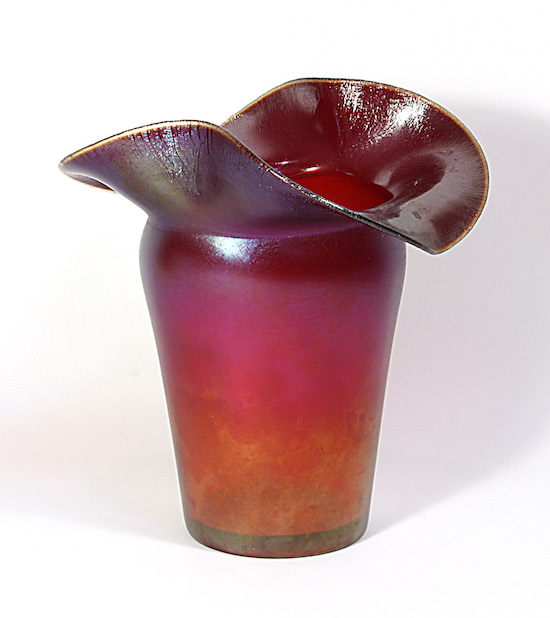 Among some of my other favorite pieces of red Fenton stretch glass are several red vases. I’m fortunate to have several of them with unusual tops. These vases appear to all have been created from the mold for the flip vase. They have ground bottoms and are quite whimsical. 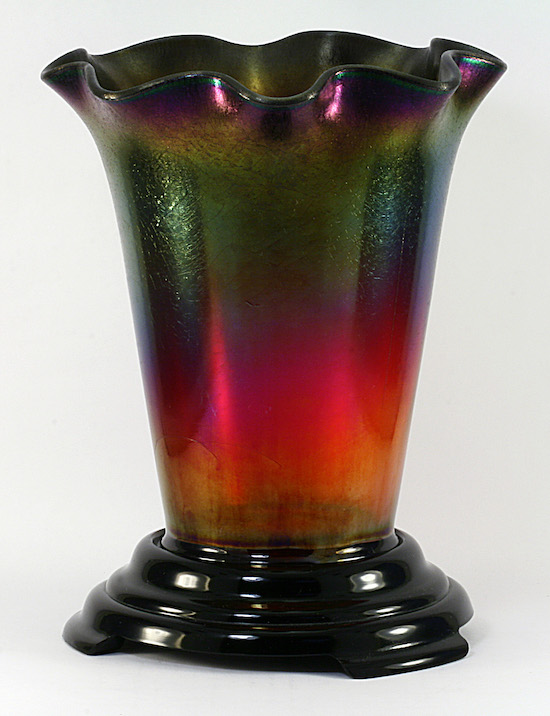 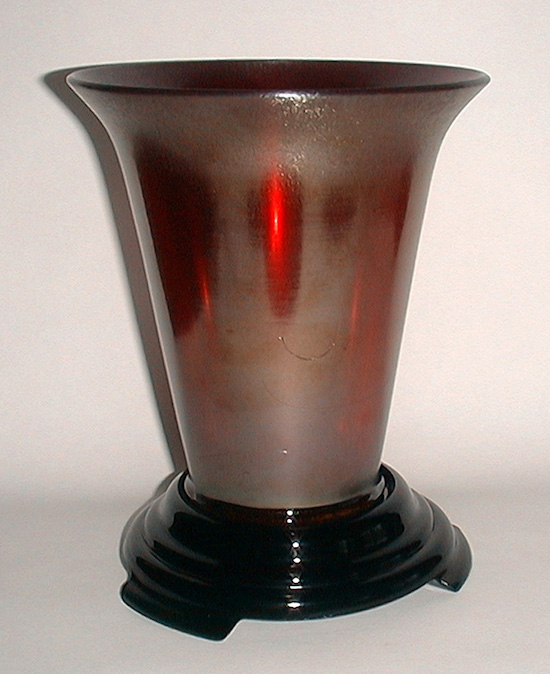 Here are a couple of the more typically found flared or ruffled vases in red as well. 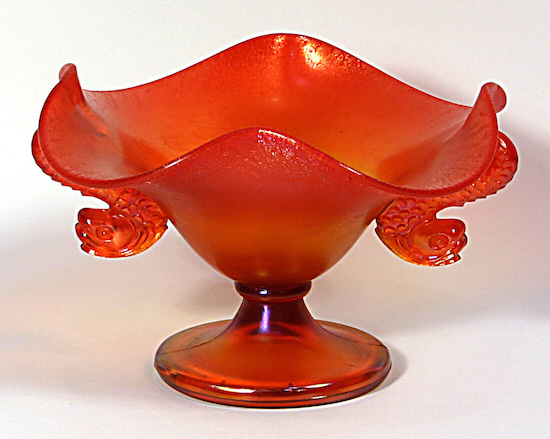 Finally, no discussion of red stretch glass would be complete without the mention of Bill Crowl. He had at one time the most fabulous collection of red stretch glass. On rare occasions he would share some of it with us for a convention display, but typically it was packed up in boxes, well out of sight. I purchased this twin dolphin red comport from Bill towards the end of his selling career. It has his name on the bottom and he told me that he lent it to be photographed for one of the Fenton books. I treasure it since it was in Bill’s “Red Collection.”