BugDoc Dave with the first smoky Tuesday of November which makes it another Stretch Tuesday! I’ve been impressed to see the range of smoke iridescence on carnival glass items. When it comes to smoke in stretch, we are only talking about Imperial. They made an entire line of stretch glass which they called Blue Ice. This is the gray to blue stretch finish applied to a crystal base glass. It appears that no other companies figured out the magic formula for this finish, so we don’t see “smoke” iridescence on other pieces of stretch made by the other companies. Also, as we have already seen, the doper (person spraying the metallic salt solution onto the hot glass) may have applied a heavy coating or a light coating. This was primarily due to how long the worker kept the piece of glass in the doping booth.

We also see what appears to be the Blue Ice dope being applied to some other glass pieces. We see occasional pink, milk and pale blue glass with Blue Ice effects. The Blue Ice on milk glass, when given the true stretch effect is spectacular!

My first pieces will be some of the common 8-inch wide panel plates. These plates are quite obtainable but assembling a match set can be difficult. Here is one with a light Blue Ice treatment. 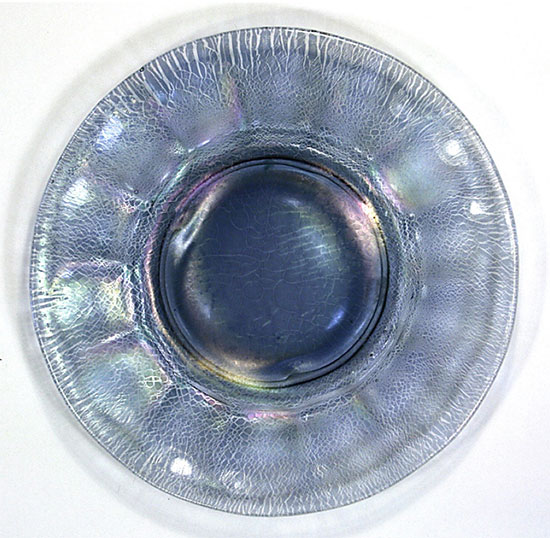 And here is one where the worker left the plate in the spray booth for quite a while! Quite a knock-out! 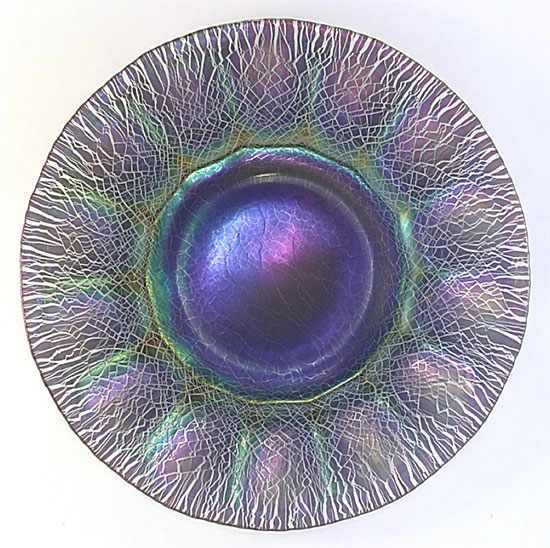 Ice Blue pieces are also fairly common in the wide panel pieces (often called the Colonial or #600 line). Here is a set of small comports with different top treatments. 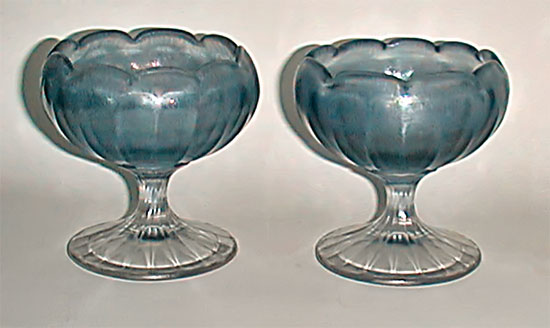 The largest comport is the giant 12-inch diameter #600. These are known with flared tops, rolled rims (difficult) and flattened down into a cake stand (very difficult). 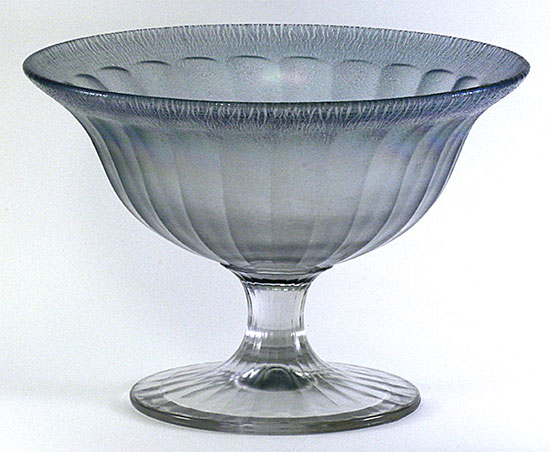 The cheese and cracker sets are also fairly common in Blue Ice and having a set with floral cutting is even more special. 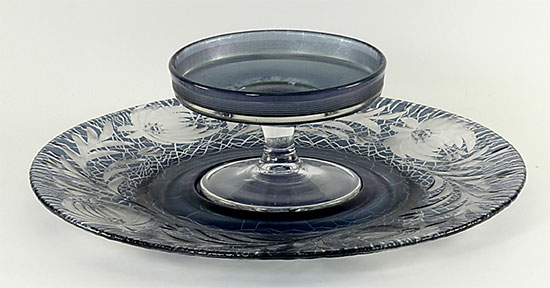 Here is a mayo set, also with cutting. 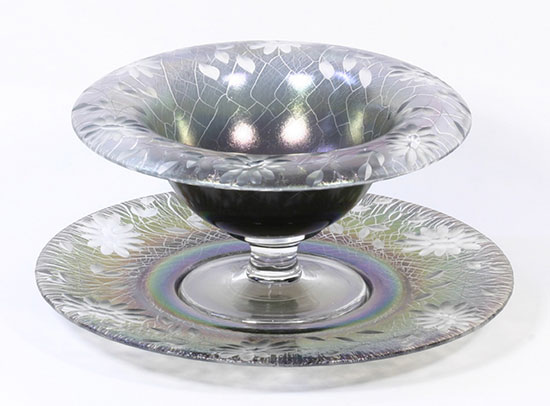 And, many of the handled servers are found in Blue Ice with cuttings. Here is the cutting often referred to as “balloons” in Blue Ice. 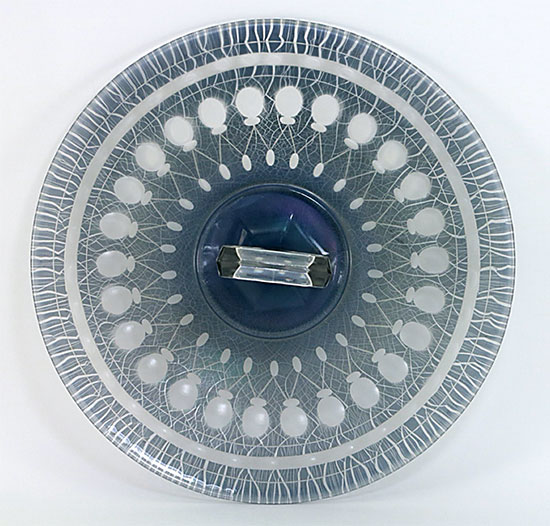 Switching gears, here is an example of smoke on pink on an octagonal plate where you can really see the effect. We don’t know the name that Imperial used for this effect. 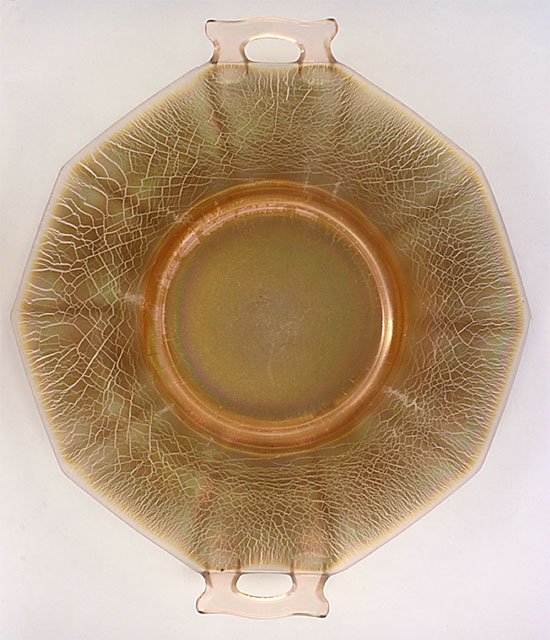 And here is a mayonnaise dish with a lighter version of Blue Ice. 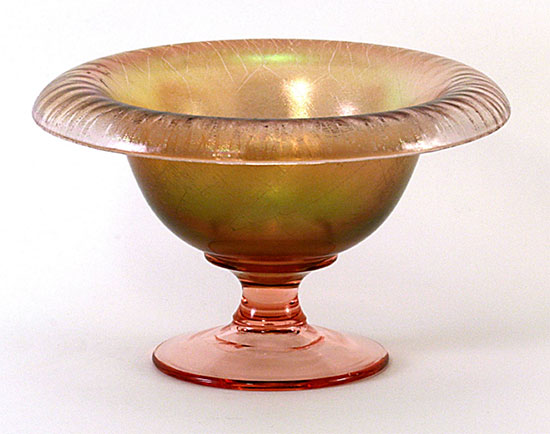 Imperial applied the Blue Ice treatment to some of their swirl optic pieces too. 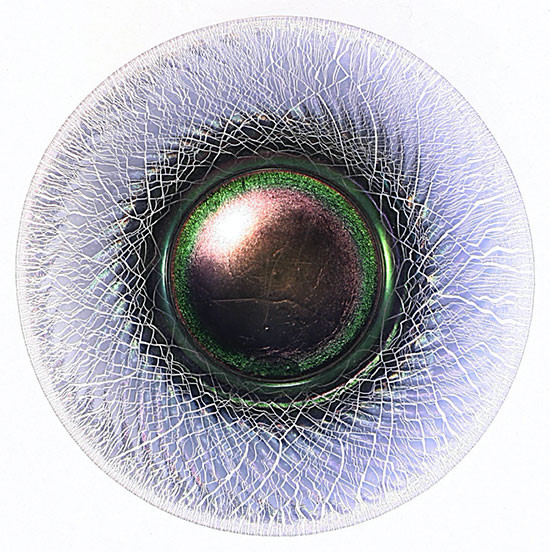 Finally, I’ll end with an example of Imperial’s candlestick bowl in Blue Ice! 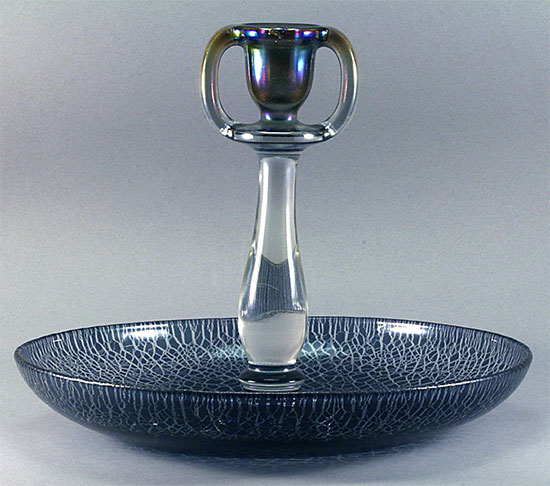