Diamond Glass-Ware Co made this rather unique piece which has the candleholders attached to the bowl. It is also known in blue and marigold. I’ve not seen it in the other Diamond colors but one could have been made in any of Diamond’s colors, so keep your eyes open for one in an unusual color.

Diamond also made these ‘pillar’ candleholders. 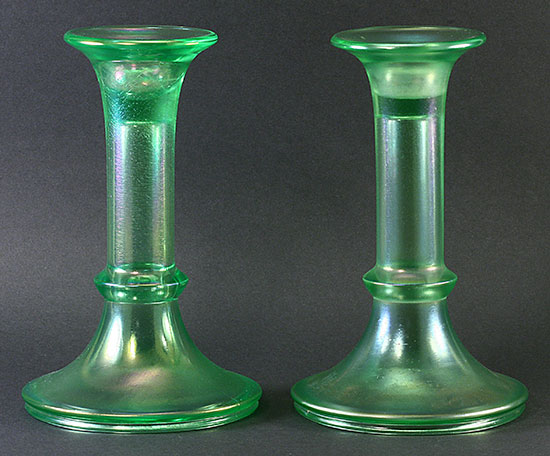 They are big and heavy. Some think they were shelf standards or at least could have doubled as them. They would certainly hold up a shelf but they are not overly tall, so the shelves would have been close together.

Probably the most common shape of stretch glass candleholder is this one. 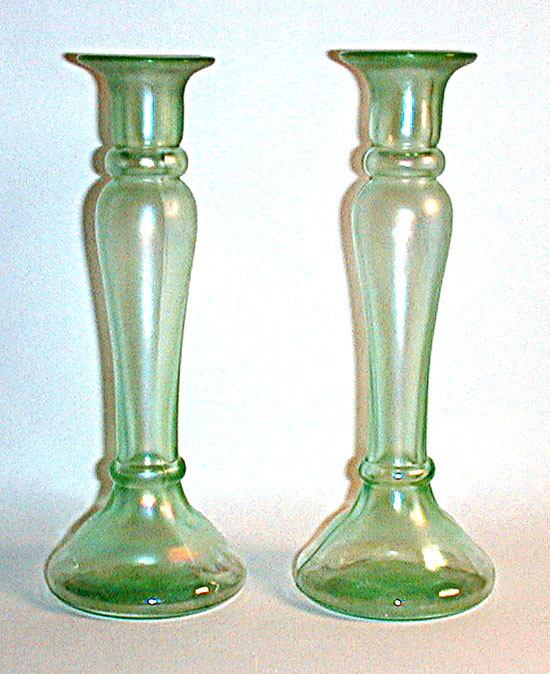 These are most common in blue and sometimes show up with the same bowl with which they were originally advertised. The bowl is very common in both blue and green as well. The candleholder vases may be a bit more difficult to find in green than in blue, but they are still usually an easy catch. If you are going to use them as candleholders, you best find some thick candles as the top opening is larger than a standard candle base.

Among the more challenging candleholders to find, in most colors, are Fenton two-color ones. Here are 9” tall #649’s. 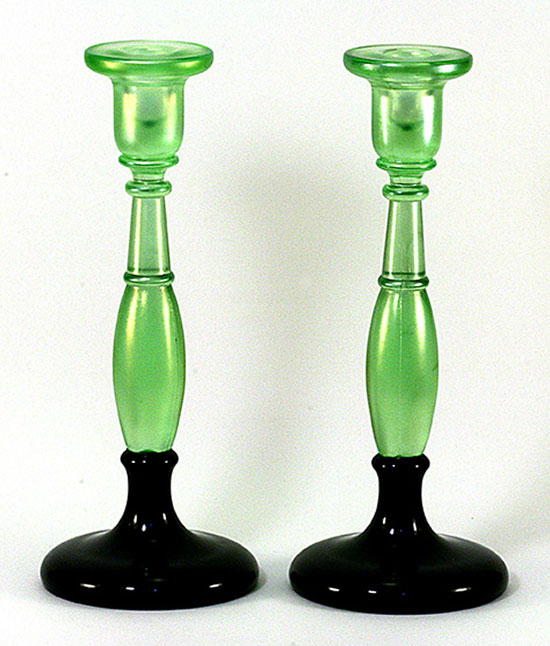 Another tough pair of green candleholders to find is these: 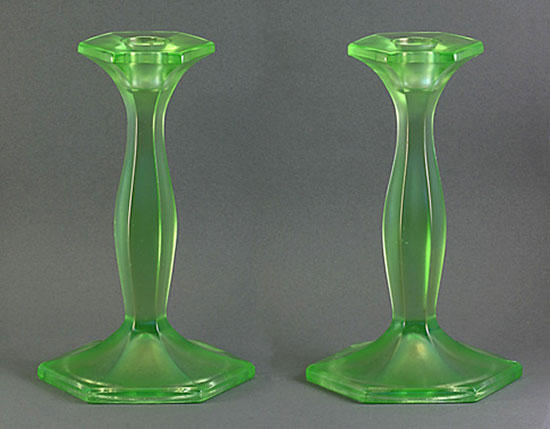 There are actually lots of candleholders available in green stretch glass. 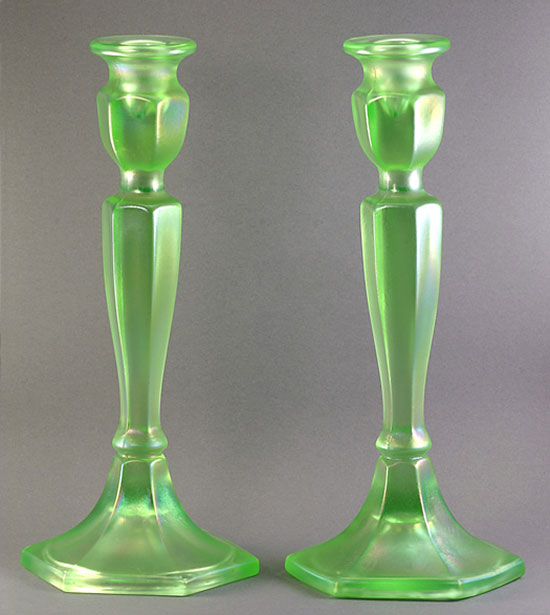 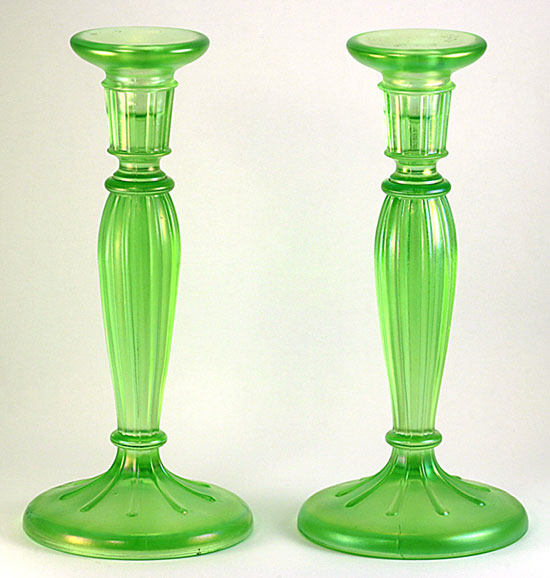 I not sure how many of them would go particularly well with your green carnival glass because the color of the base glass is usually quite different – unless we are talking about Ice Green Carnival, then I suspect we would have a nice match.

While we are on the topic of candleholders, I recently purchased, via a phone bid at the Tampa Bay Carnival Glass Auction, a pair of 8 ½” fenton ruby florentine candleholders. When they arrived I was delighted to find what appear to be period paper labels on them, not from Fenton, but apparently from the retailer who sold them. 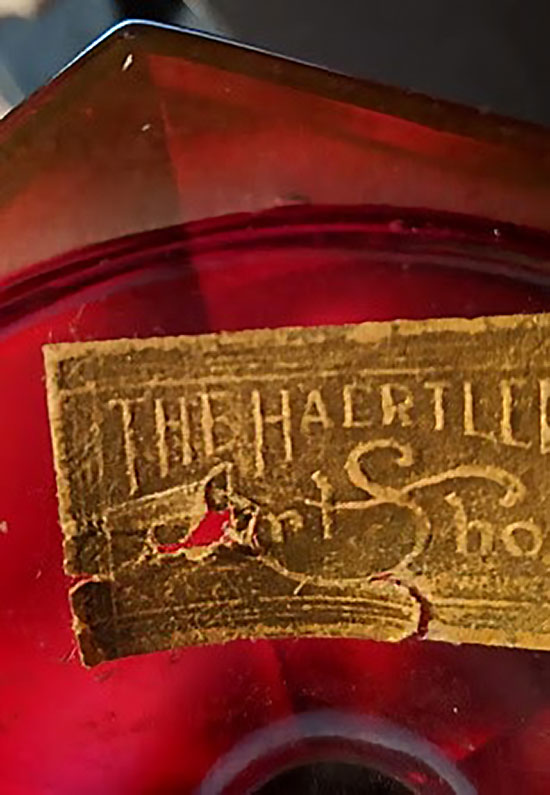 In this case it was The Haertlein Art Shop. A quick Google search finds them in the Milwaukee, WI Gazetteer of 1921 with a listing as a picture and picture framing shop at 3718 North Ave. Apparently they sold accessories to go with the pictures and picture frames they were selling at the time. It is always interesting to learn just what types of retail establishments sold stretch glass. Wisconsin, as a location, is not a surprise because we have found lots of stretch glass in Wisconsin, so apparently it was popular there.

Well, there you have it, some green for the month of March. We hosted a pot luck dinner for one of the groups of which we are members on March 16th and used some of our green stretch and other glass. Folks are always intrigued by our colored glass when they come to our house for an event like this – we seem to have just the right color for the occasion. I hope you had a chance to involve your green carnival and stretch glass in your St. Patrick’s Day celebrations.