Russell and Kitty here with this week's Stretch Tuesday. Tonight, we will share the Top 10 Pieces of Stretch in Topaz. In carnival, Topaz is known as vaseline.

As with our other lists, these pieces are our personal picks for rarity and desirability in the topaz (Vaseline) color of stretch glass. It is very difficult to pick out just 10 pieces of rare glass. What we consider rare, you might not. There are a number of pieces of stretch glass that we have never seen before in the West, but other collectors in the East may consider them to be common because they see so many of the pieces. 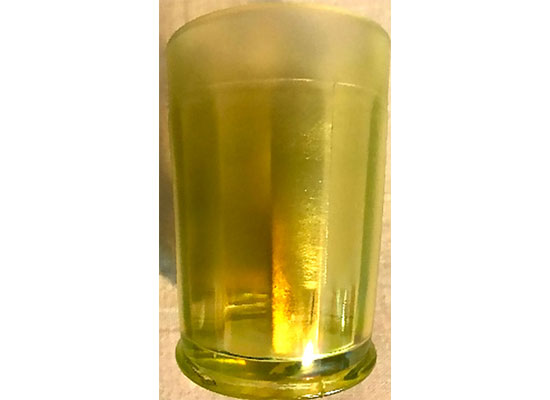 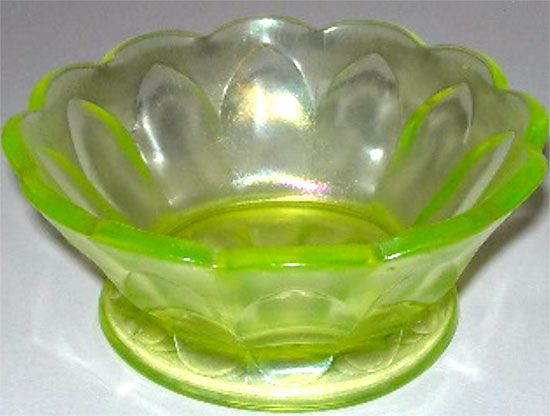 3. Fenton Tall perfume with a glass flowered top. The flower is painted pink. Only a couple of the stoppers known. Plus very desirable. 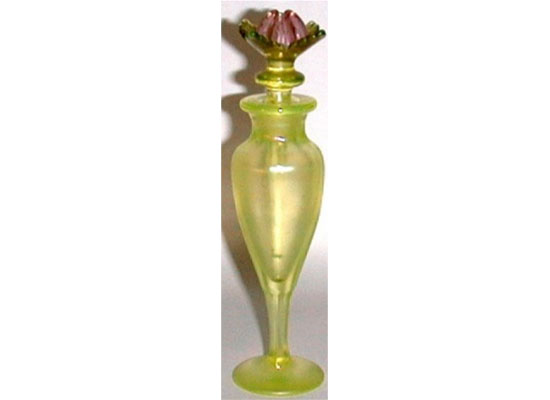 4. Fenton cut flower basket. The silver plating was probably applied at decorating shop outside of the Fenton factory. Right now only one known. 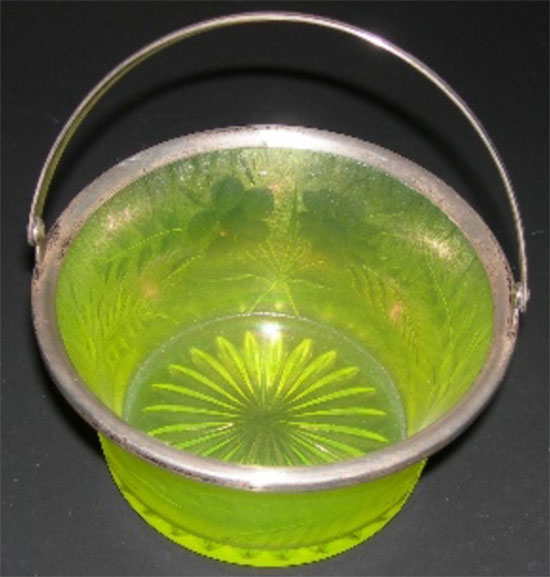 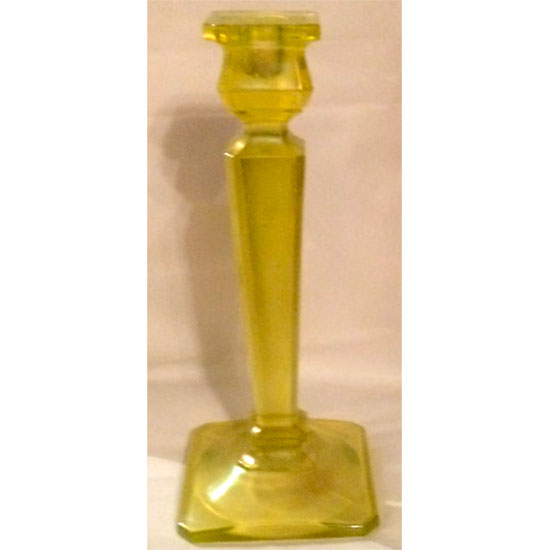 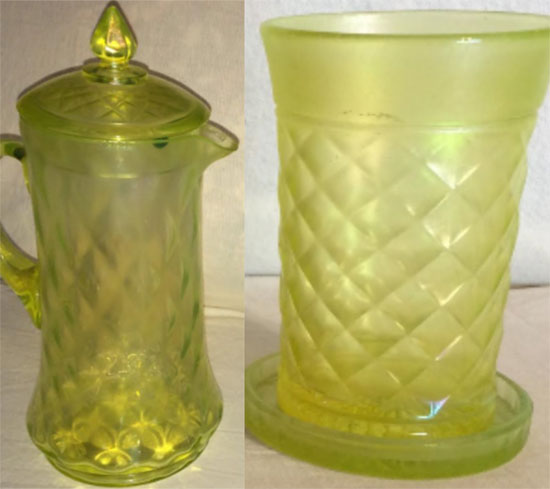 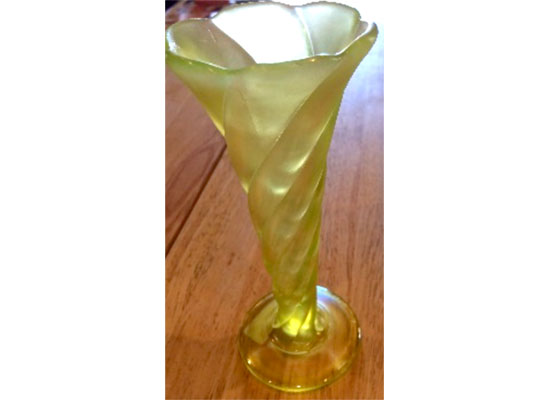 9. US Glass Twisted Bobeche Candlestick in topaz with black enamel. 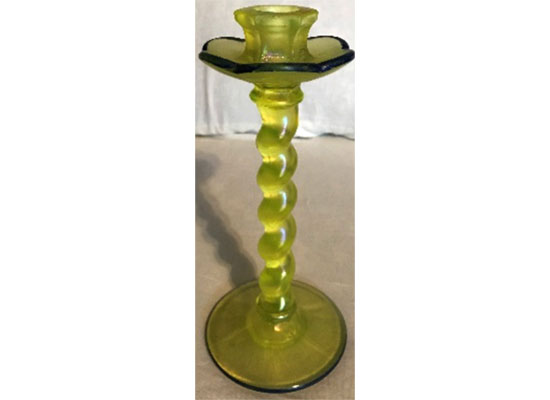 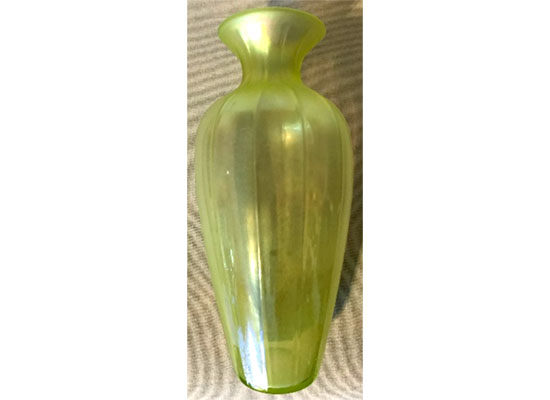 So, what are your top ten pieces of glass?