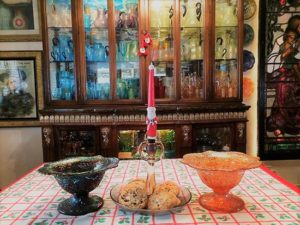 The Christmas Compotes by Dugan are perfect to display at Christmas time along with the very utilitarian Imperial Christmas Servers. We tried putting food or floral arrangements in the Christmas compotes, but the patterns are so perfect for the holidays; they don’t need any adornments.

A long time ago when we first started collecting, a noted researcher and collector showed us an Imperial catalog that had the stretch Christmas Server with the candlestick in the center on the cover of the Christmas catalog. He was going to send us a copy. Long story briefly, we never did get a copy of the catalog cover. Has anyone else ever seen that catalog? We have since looked at lots of old Imperial catalogs, and haven’t even found this server pictured in any of the catalogs!

The Imperial Christmas Server is perfect for serving cookies, fruit or whatever. It is a space saver with the candlestick in the middle and cookies, fruit, sandwiches, etc. on the server. If you want to be proper; the cupped servers were used for fruit or anything that could possibly roll off the server. The flat servers were for small sandwiches, petite fours, or other small cakes. Cookies as we know them, became popular in the thirties. Cookies are perfect to serve on the Imperial Christmas Servers. 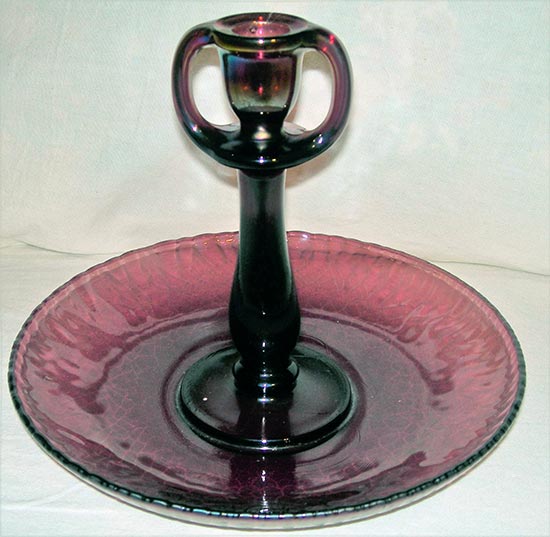 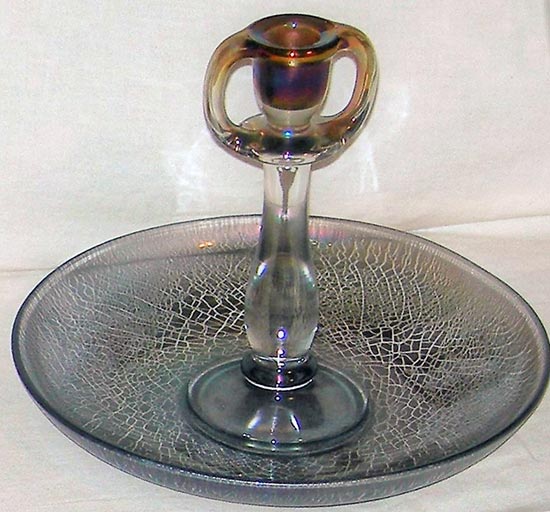 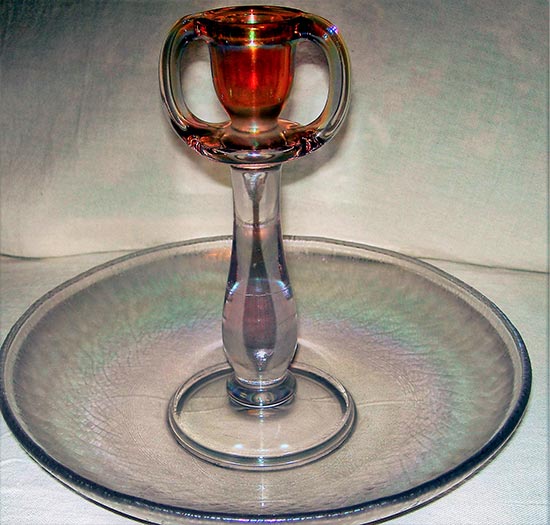 The Imperial Christmas Servers come in three colors: amethyst or Amethyst Ice; smoke or Blue Ice (on clear glass); and marigold or Rose Ice (most of the marigolds are a delicate marigold on clear glass) pieces. Many of the marigold or Rose Ice servers also have a light purple color from the sunlight. The Imperial Glass Company must have had Manganese in the sand as there are a number of items that have turned a light purple even some of their newer products from the 1970’s. The light purple gives the server more personality. 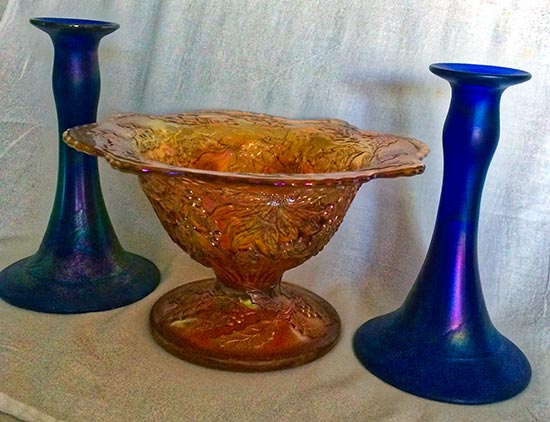 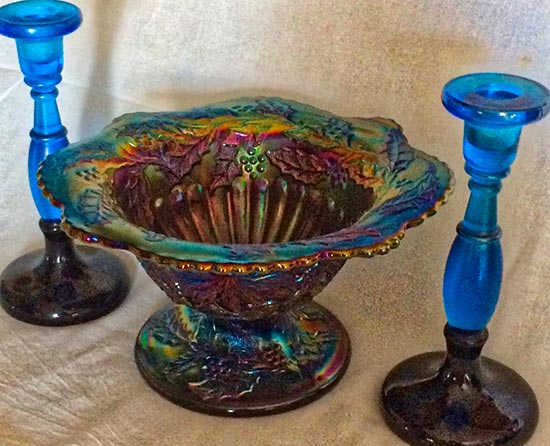 We hope that everyone has a happy and safe iridescent holiday season,
Russell and Kitty