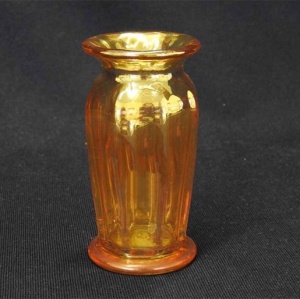 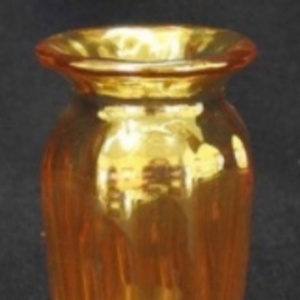 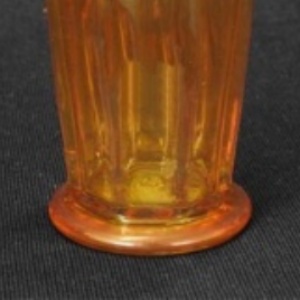 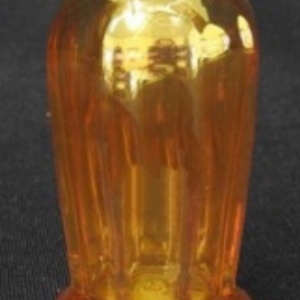 Believed to be part of the Facett line by Eda of Sweden, the pattern for the Z4 is simply vertical smooth panels. Oddly enough the individual shapes in the pattern line were given unique pattern names (so a covered jar is called Ostersund while the bottom of the jar is named the Grada vase). Only reported in a small vase in marigold.