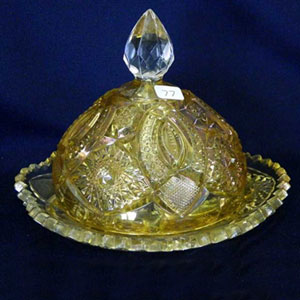 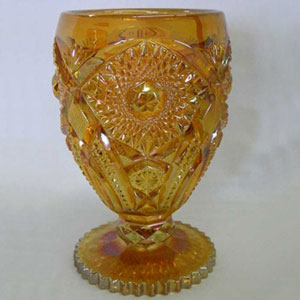 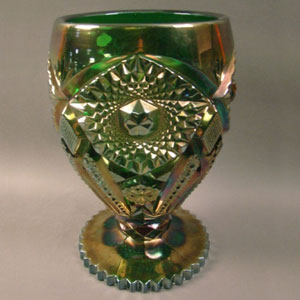 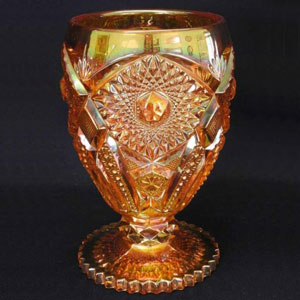 The pattern was first seen in an old Cambridge catalog as the base of an oil lamp, under the Nearcut number 2340. The top of the lamp has not been discovered. For a while some considered Venetian to be made by Millersburg because of the glass shards found at the Millersburg plant, but it is possible that Cambridge might have had Millersburg iridize some of their glass. The base and stem of the vase or rosebowl appears the same as the Hobstar and Feather rosebowl, however on the base of the Venetian rosebowl there are 32 teeth and a 32 ray star, while the Hobstar and Feather has 36 teeth and a 36 ray star.