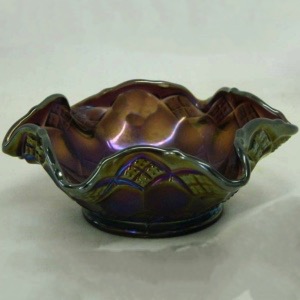 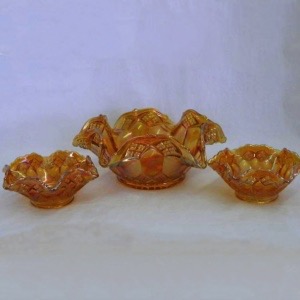 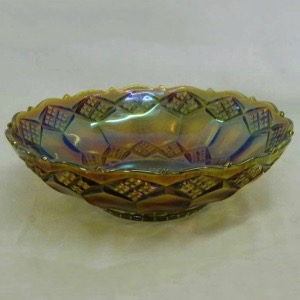 Imperial catalogs show this as their pattern #1. They first made this pattern is cyrstal before they started to iridize the pattern. Available in a ruffled berry set (8-9″ large bowls and 5-6″ sauce bowls), 6-7″ plates, a large Rose Bowl and marigold Toothpicks in carnival glass. The bowls have a bracket type edge with alternating large scallops and smaller points. The pieces are all have a starred collar base. This pattern has been reproduced in later years. Green toothpick holders were reissued first by Imperial and later by Lenox/Imperial.