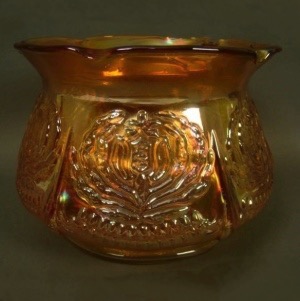 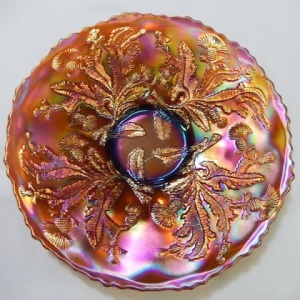 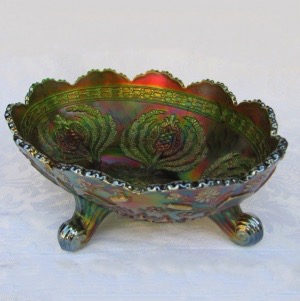 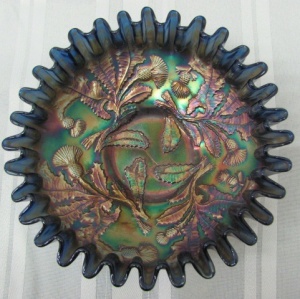 Manufacturer: Fenton
Year(s) of Production: 1910-1920
Pattern Description: Three different molds were used for the different shapes: four sprays of naturalistic looking thistles ring the interior of the bowls and plates; a stylized thistle quarters the inside of the banana boat, a different stylized thistle circles the cuspidor.
Similar Patterns: Esberard Thistles and Crown,Fenton Scotch Thistle,Greener Thistle and Thorn
About Thistle

Thistles were apparently a great pattern to show off iridescence, because Fenton actually used 3 totally different molds on three unique shapes (see closeup-fthistle). The cuspidor was discovered in about 2012 and Carnival 101 has a clip from the Butler Bros Catalog of 1912 (see bb-fspittoon) showing the exact shape and listed as ‘Iridescent Glass Cuspidor'. Why this is the first one to surface is a mystery. 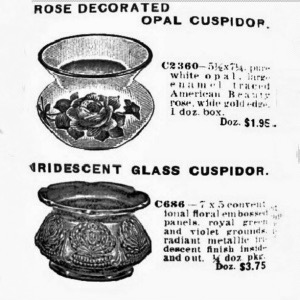 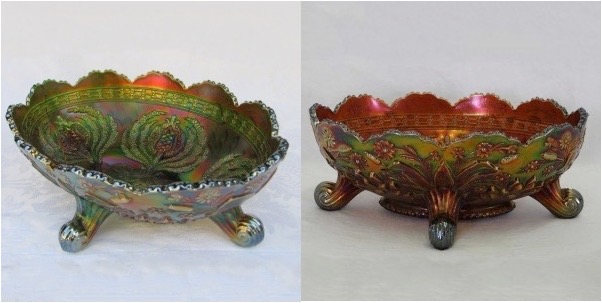 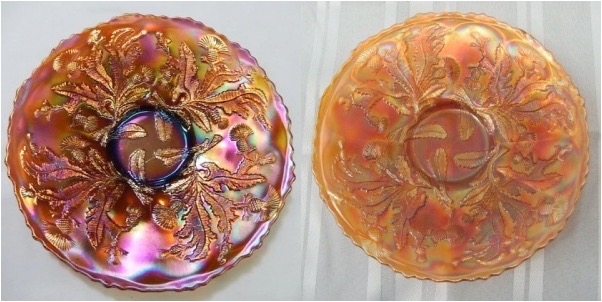