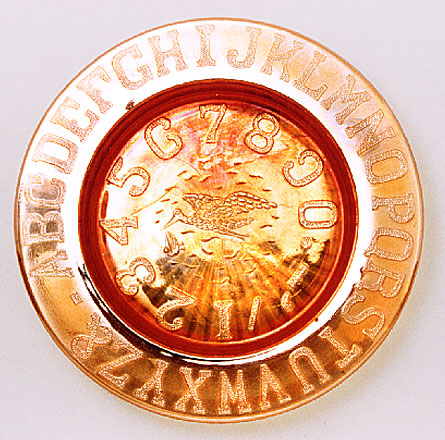 This pattern, with a flying stork in the center and the alphabet and numbers around it, are found in a child's bowl and plate. The plate is known in a variant that has palm trees in the base. Usually attributed to Westmoreland. The only color reported is marigold and the shape is described as a plate or bowl, brings $10 to $20 at auction.