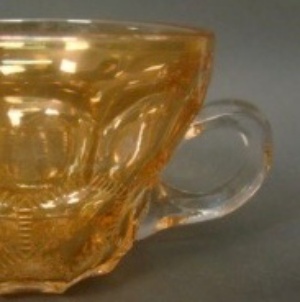 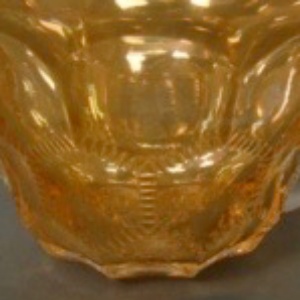 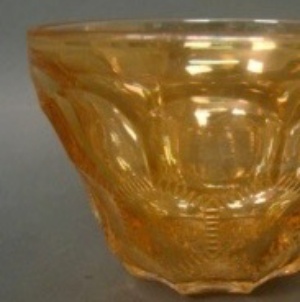 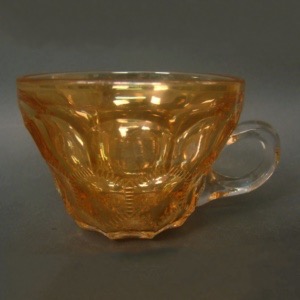 The pattern was introduced by Steimer Glass Co. and was originally called Diamond. The molds were later acquired by Union Stopper Co. as their Radiant pattern. According to Mike Carwile there is reported a 7 1/2″ pickle dish. Other names that have been given to this pattern in EAPG (Early American Pressed Glass) are Chickenwire, Loop and Serrated Block.