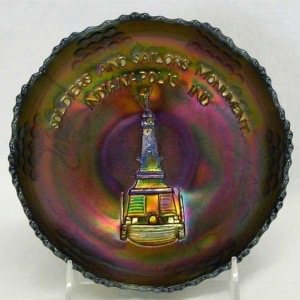 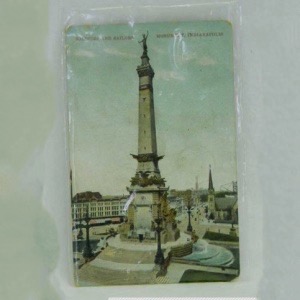 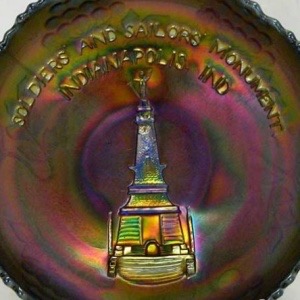 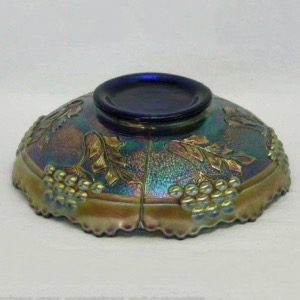 This 7 1/2-8″ pattern portrays the Soldiers and Sailors Monument in Indianapolis. It is seen far less frequently than the Soldiers and Sailors Home plate (also by Fenton, and also with the Berry & Leaf circle/Horse Chestnut pattern). The only reported blue bowl has sold in 1994, 2007 and again in 2014. The only reported blue plate sold in 2003 for $15,500. The edge treatment is sawtooth and it is scalloped.