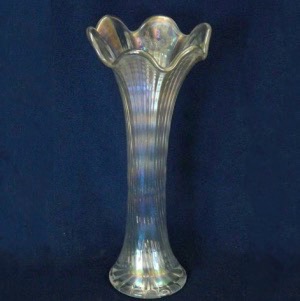 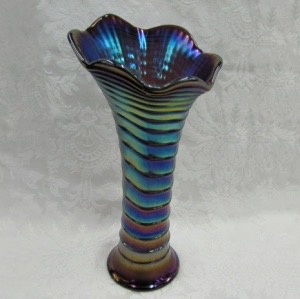 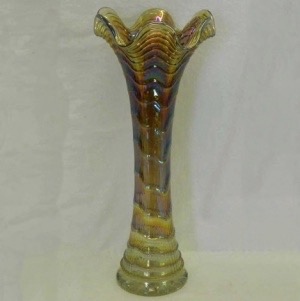 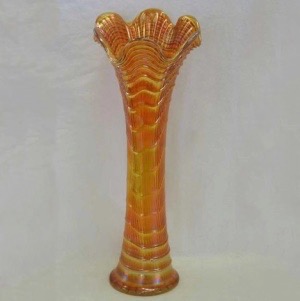 Imperial's Ripple has a pattern of rings horizontally encircling the vase, and when the vase was manufactured, and they swung it to ‘stretch' it out, the rings become wavy ripples. The interior has vertical ribs. Only reported in the vase shape, it appeared in the Butler Bros Catalogs from 1912 to 1929. The base dimension determines the defined size (not the height).Ripple is found in a rainbow of colors.

It was reissued (see reissue-ripplevase) by Imperial in the 1960's (only in marigold, smoke and pink) – they should be marked IG or LIG on the base. 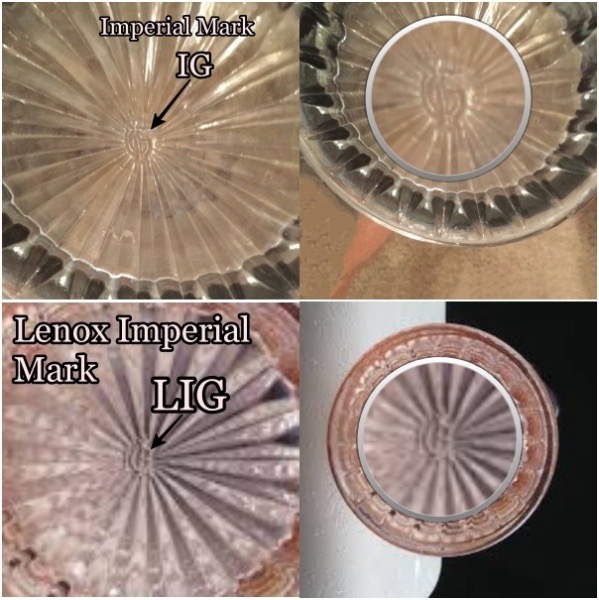 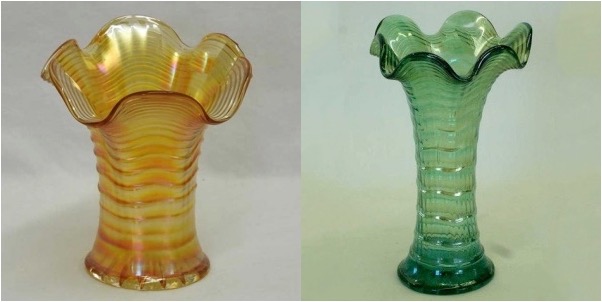 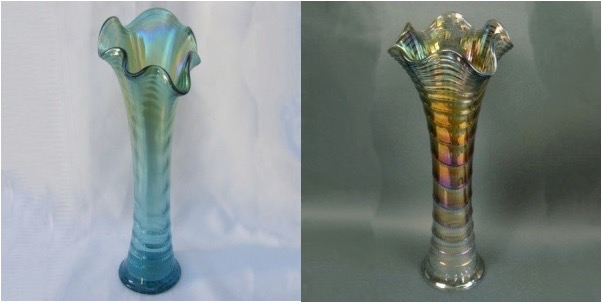 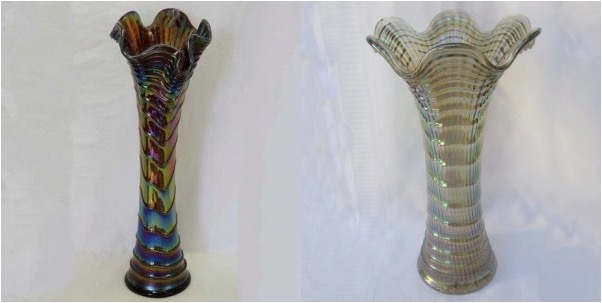 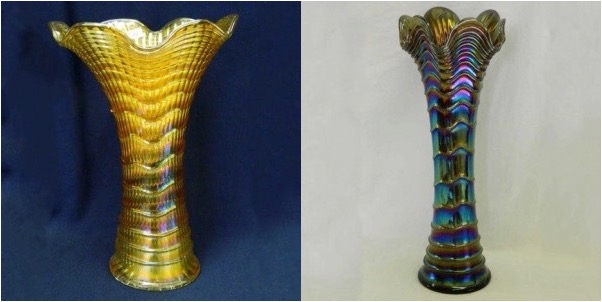