So, let's break them down by manufacturer to see the details: 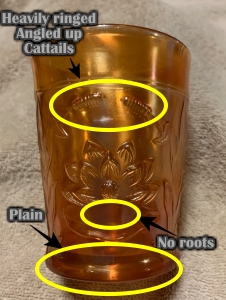 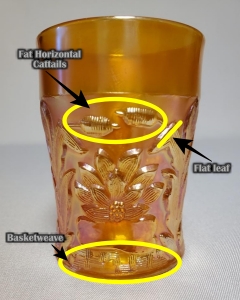 As seen in the closeup above, Fenton has the basketweave at the bottom of the tumbler as the first ID point. Second is probably the leaf by the cattails. The edge of the leaf meeting the cattail is basically flat (and most are quite pointed on the top bend). And on most Fenton tumblers, the cattails are thick and almost horizontal with the right higher than the left. Each set has minor differences, as do the flowers and the shape of the water below the flowers. Other molds may have yet other unique differences.
Measures between 3 7/8” to 4” tall. 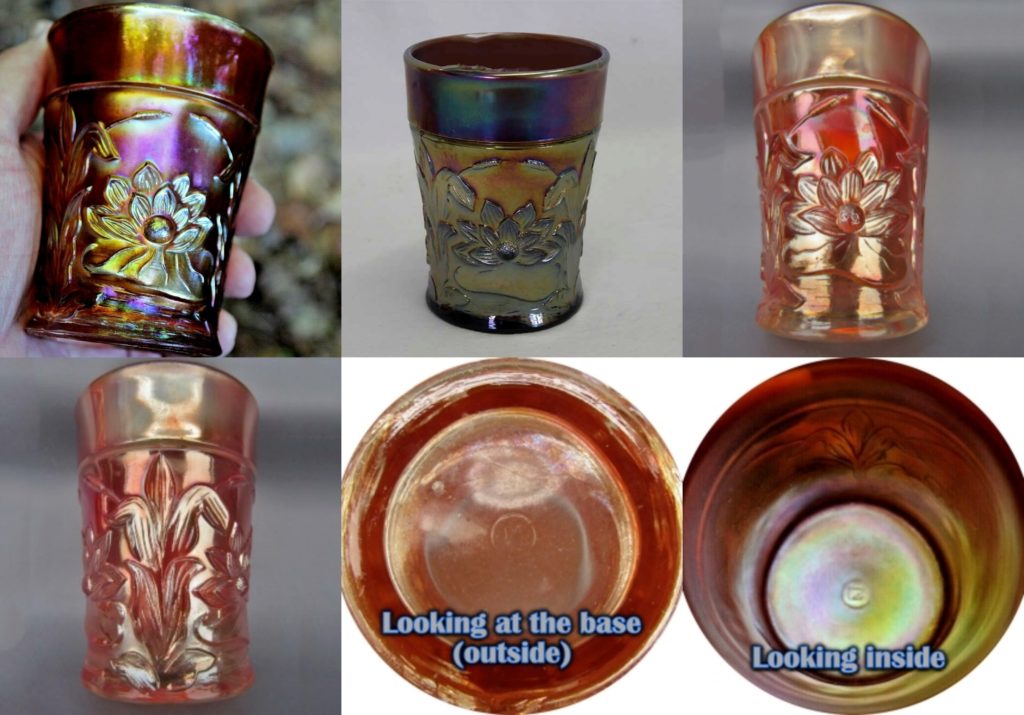 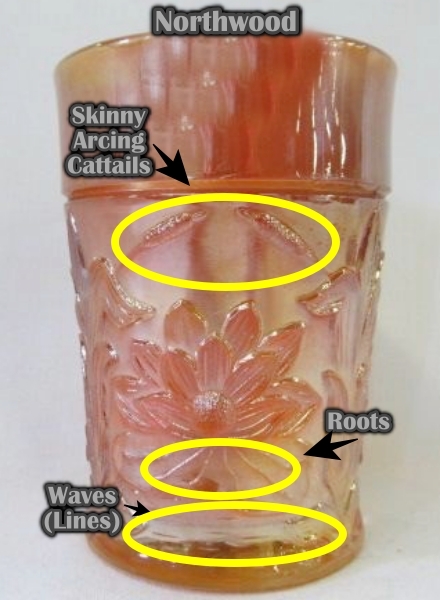 The easiest identifier for the Northwood version will be the trademark N in a circle in the base (if it is marked). The second thing is probably the horizontal ‘waves’ or lines at the bottom, then the roots showing below the flower and the skinnier cattails that arc up (and are usually almost mirror images).