Imperial Grape was a long running pattern line for Imperial Glass Company – it can be found in Butler Bros Catalogs spanning from 1911 to 1927. Made in a tremendous amount of shapes (although most are limited in the number of color choices), it was then reissued by Imperial in the late 1950's-1980's.

The general rule of thumb used to identify the older pieces is the starred base (or plain), since the newer releases tended to have a stippled base (and usually an IG or LIG trademark).

Here are examples of some of the shapes: 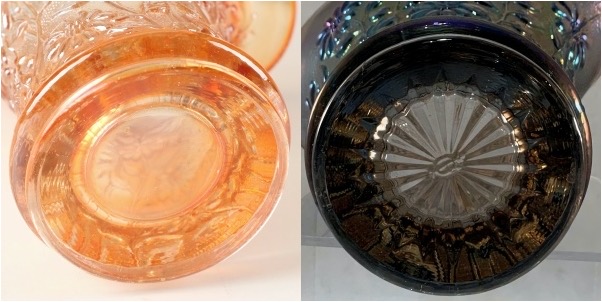 The base of the old basket is plain, while the new basket is stippled and signed. 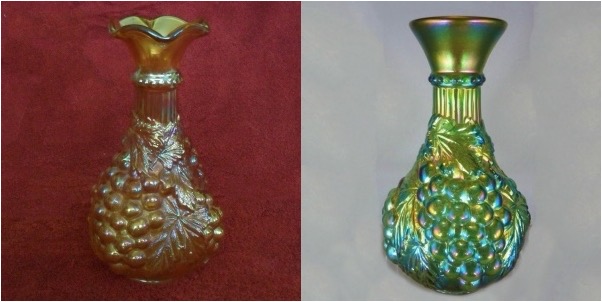 The old carafe will have a flared top (above right), the newer ones are ruffled (above left). 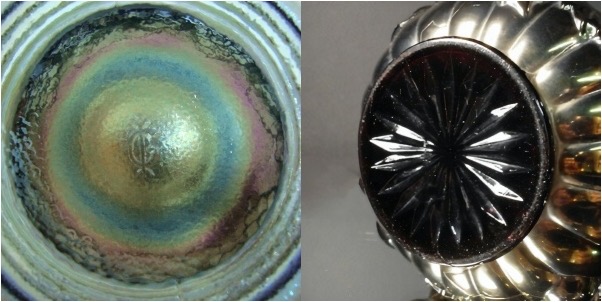 The old will have a starred (or possibly plain) base (above right), the newer ones are stippled and signed (above left).

The old goblets have 3 major differences 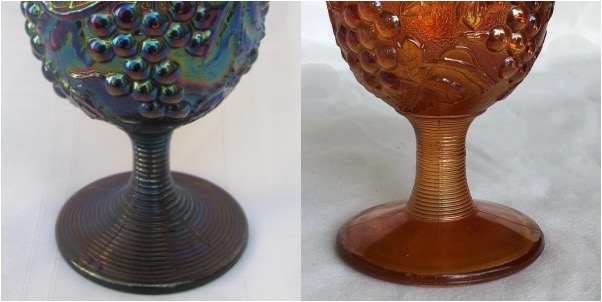 The stem and base are ribbed on the old, only the stem is on the newer. 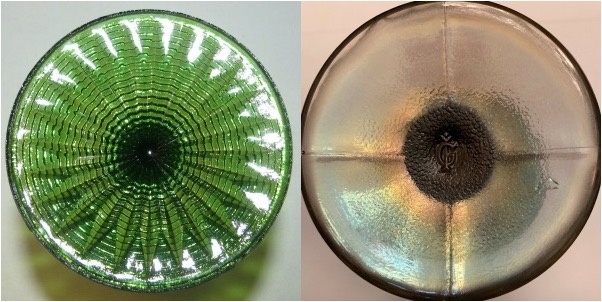 The base is starred on the old, stippled and signed on the newer. 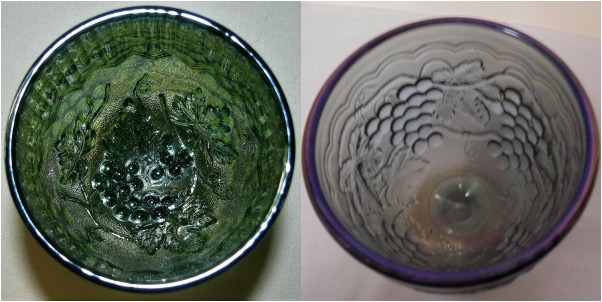