“What A Difference A Day Makes”
by Dick Betker

Yesterday, was just another one of those ho hum, same old, same old kind of days. But today! A package was delivered that has been highly anticipated by Sherry and myself. I opened it and there it was. I picked it up and just held it and let it talk to me.

This all started about 10 days prior when I received a phone call from a good friend of ours. He stated that he knew this person that had this piece of carnival glass and was thinking of selling it and he knew I would be interested.

He said that he thought of us because of the impressive Imperial glass collection we already have. He said that this piece definitely belonged in our collection. Wow, what a great compliment that was. He sent me a photo and my first thought was, OMG, yes, very interested. He did the negotiations, told me what the seller wanted for it and the deal was sealed when the check was taken to the post office 10 minutes later, I'm not kidding, chuckle. I'm not going to tell you who the seller is, but I can tell you that he/she has had this piece for many years, does not go to conventions or belong to any clubs. He/she has other carnival glass and that's why he/she wants to remain anonymous.

This piece has never been seen before by anyone. Never been written about before. Never been shown before, wait a minute, Sherry and I did a seminar on some different and unusual pieces at the LLCGC, Lincoln-Land Carnival Glass Clubs convention, August 13th., 2021 and it was shown there for the very first time to the people in attendance. Its appearance was the highlight of our seminar.

When something like this comes knocking on your door, you have to give an awful lot of praise to the friend who set this all in motion. If it were not for him, there would be no article, no piece to premiere at a seminar, no photos to record it's history and no holding this piece. You know, it talked to me when I held it, it really did and it's not the first piece that's ever done that to me and although the pieces that do talk to me come rarely, I always know that there is another one down the road somewhere. Isn't it amazing what a piece of glass can do to you.

With it's, not electric but more of a bright satin multi-colored iridescence, this Colonial Lady whimsey vase looks like a piece of Carnival Art Glass to me, and that's just in my humble opinion. Our friend chose this very special piece for us and we will be forever grateful. We owe him BIG TIME. And yes, it is pristine.

MAN! What a difference a day makes. 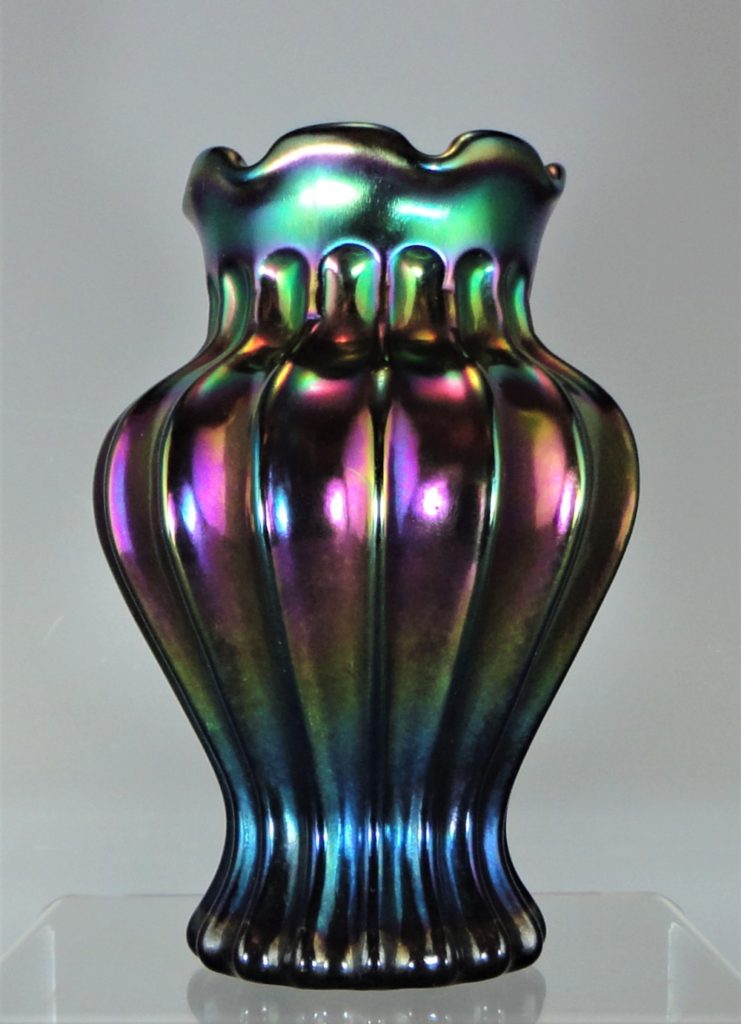 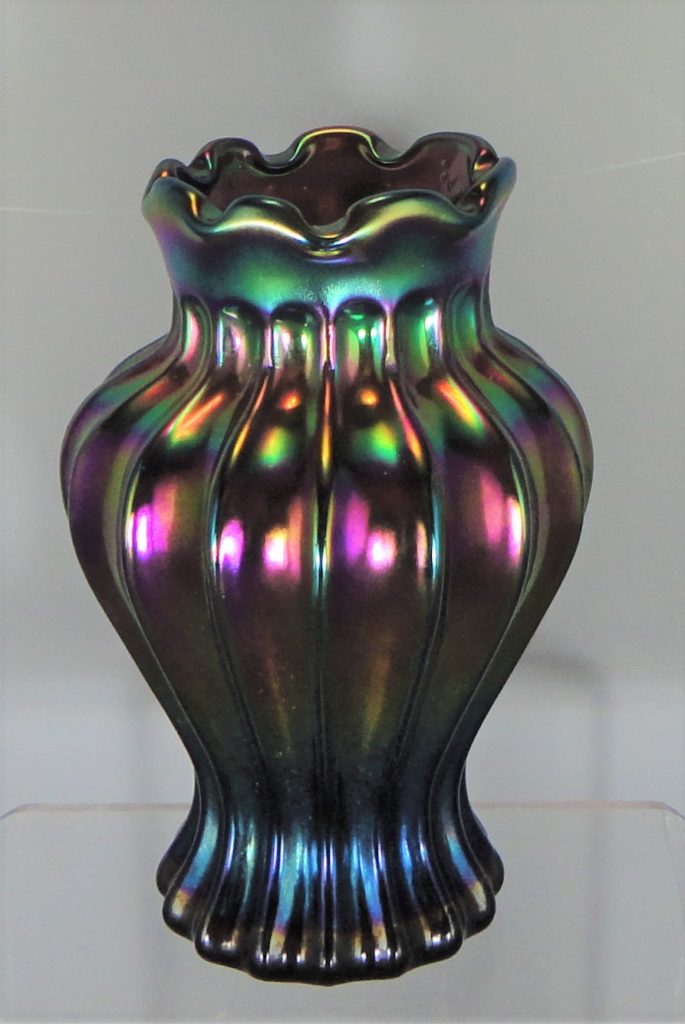 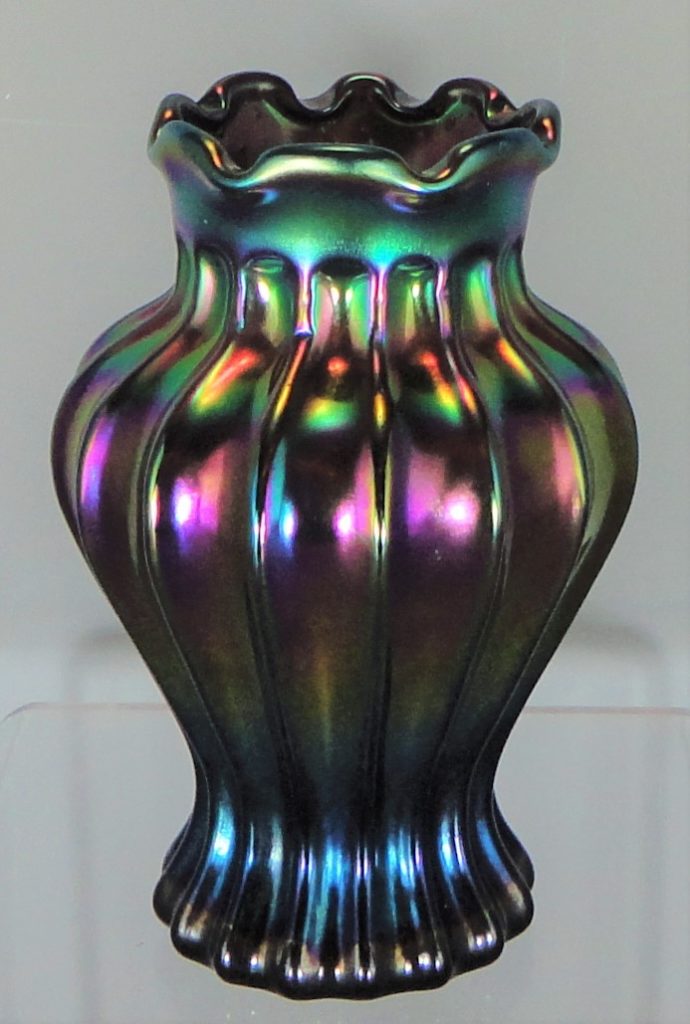 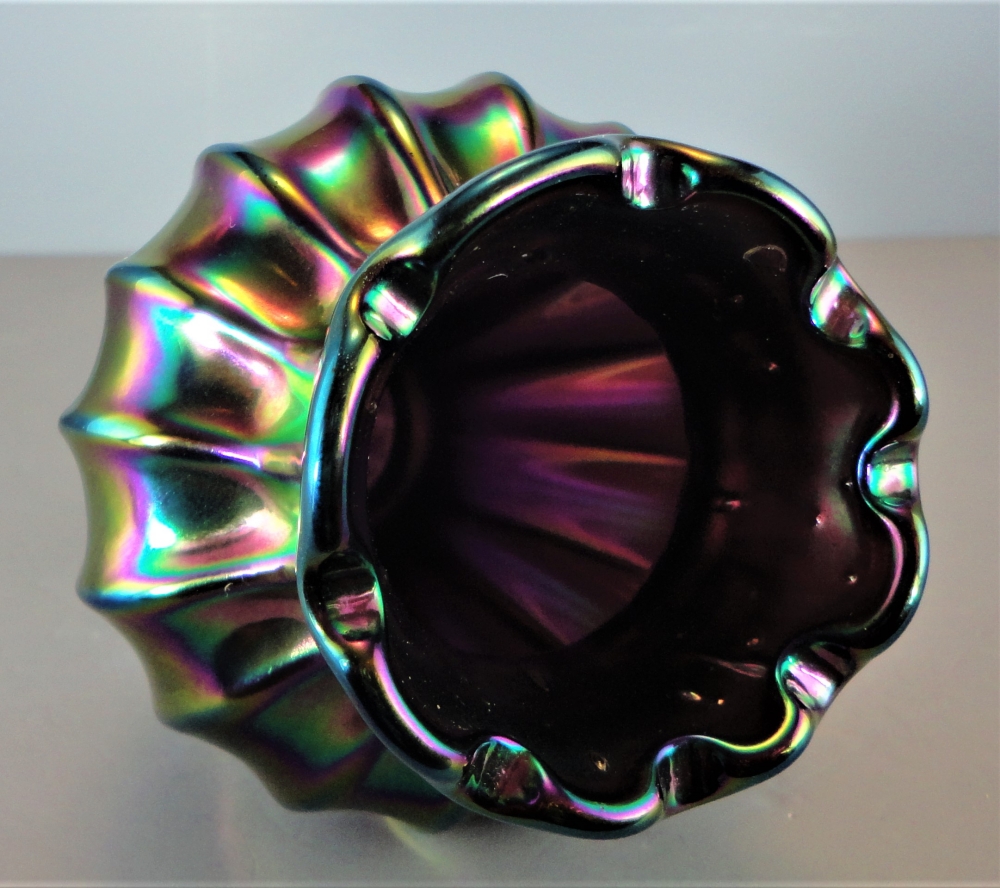