I am sending some additional/new images from Imperial catalogs and price lists pertaining to the 524 & 525 plates.

I have included the catalog description of the plates from 103B as well as those that appeared in earlier catalogs. It may be difficult to read in the PDF. I do find it funny that a rim also existed on virtually all of Imperial’s carnival plates and bowls. 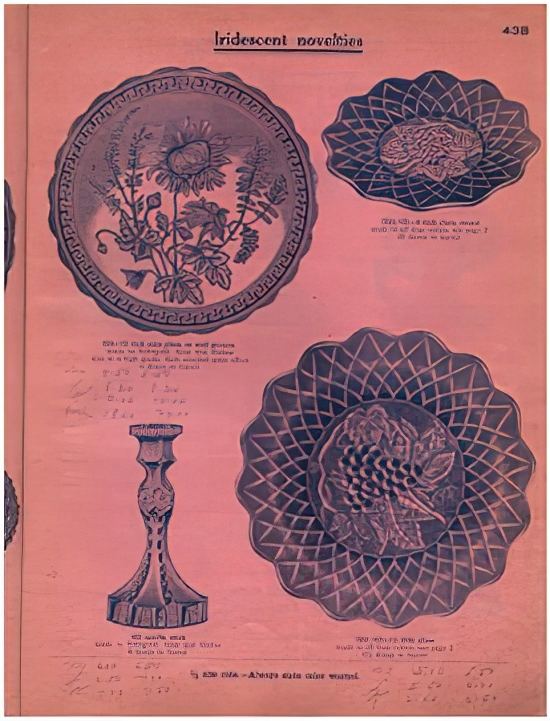 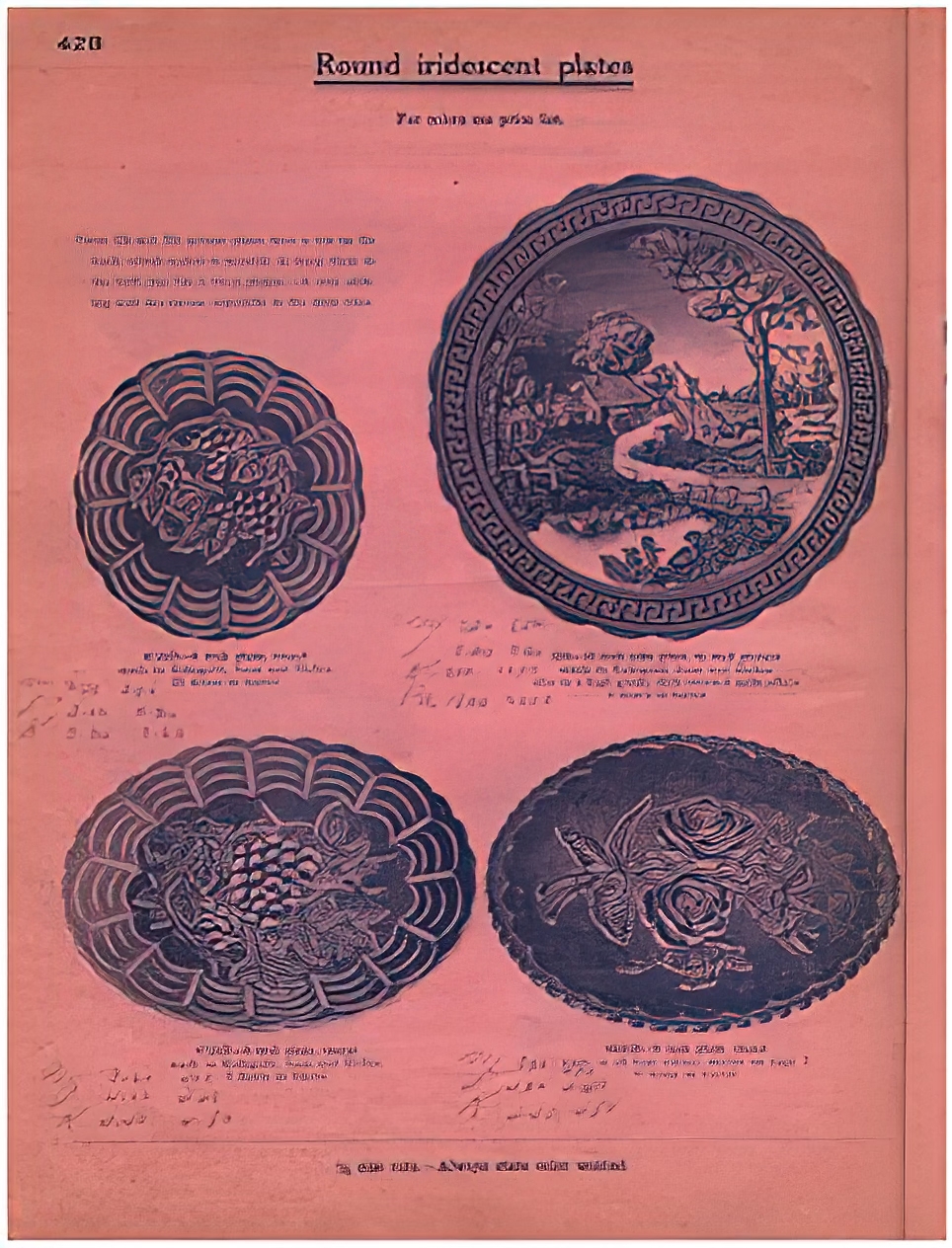 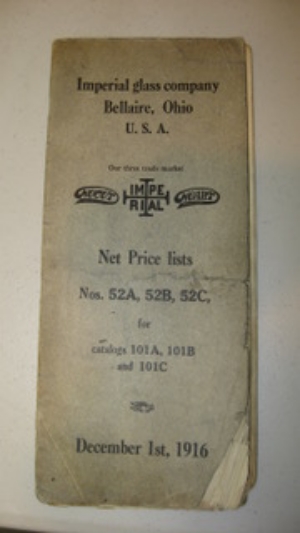 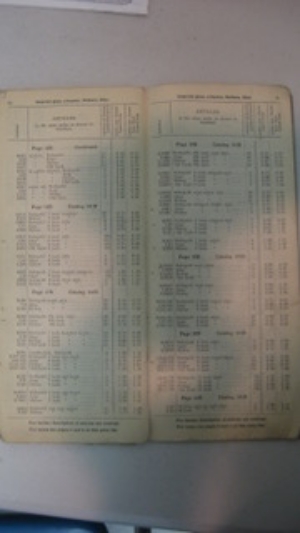 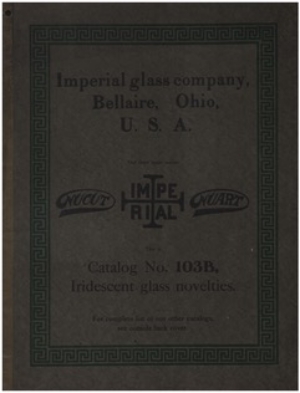 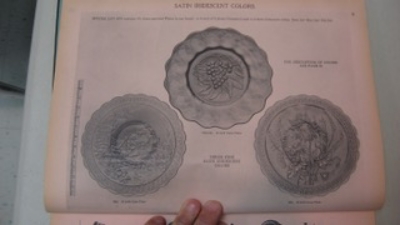 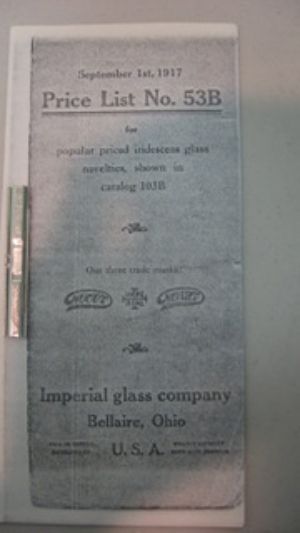 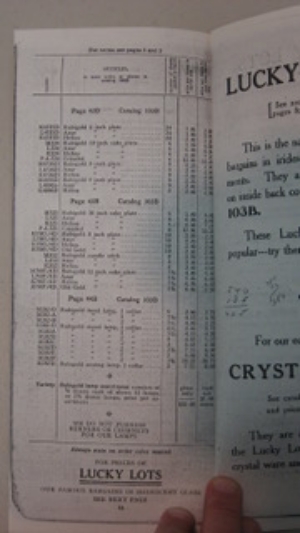 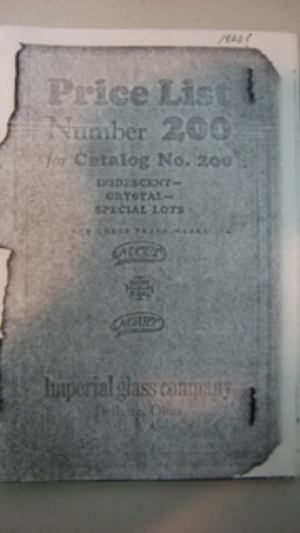 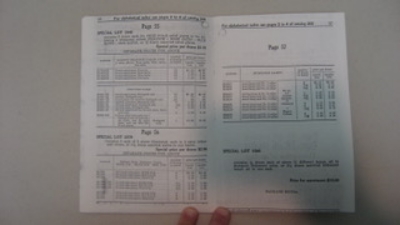 FROM CATALOGS February 1913 Supplement No. 1 to general catalog dated January 1912 and 101B

Real Novelties!
These two plates have a rim on the back, which makes it possible to hang them to the wall, just like a china plaque. If put in the proper light, these satin finished iridescent pictures form very beautiful wall decorations.

These 524 and 525 picture plates have a rim on the back, which makes it possible to hang them to the wall, just like a china plaque- A very striking wall decoration, especially in the satin color.

Some observations and comments on these plates:

Finishes – The only catalog that mentioned carnival finishes on these plates was Catalog 103B; Rubigold, Azur and Helios. All other catalog offerings were probably stretch finishes. That is not to say that carnival finished plates were not or could not have been offered.

The 1913 catalog and 101B list dark amethyst and green satin. Pearl White, Pearl Ruby and Pearl Green finishes were introduced on Nuart lighting shades in 1912 and the words satin and crizzled were used as descriptors of these finishes.

Catalog 103B, ca. 1917, lists the three mentioned carnival finishes as well as “a high grade dark crizzled satin effect”. Note that the corresponding price book lists this finish as P.A. which undoubtedly stands for Pearl Amethyst which was introduced on Imperial Art Glass (Jewels) in 1916.

The Supplement to Bargain Book and Catalog 200 each list three finishes from the Ice line -a stretch line that was introduced ca. 1921-1922.