On the daily carnival glass mailing list, the question was asked: did Imperial’s Homestead and Chrysanthemum plates first appear with or without the NUART trademark? Gary Senkar, an Imperial Glass Co researcher, answered that question. Here is his response:

I have spent some time researching Imperial’s Nuart line and I will attempt to answer your question as to whether the Homestead, #524 and Chrysanthemum, #525 plates first appeared with or without the Nuart trademark.

The Nuart trademark started to be advertised in the summer of 1912 and Nuart lighting shades were advertised in the Fall of 1912. The first illustrations of the #’s 524 & 525 plates were in the catalog February 1913 Supplement No. 1 to general catalog dated 1912. In this catalog the plates appeared without the Nuart trademark and were listed as available in dark amethyst satin finish and green satin. 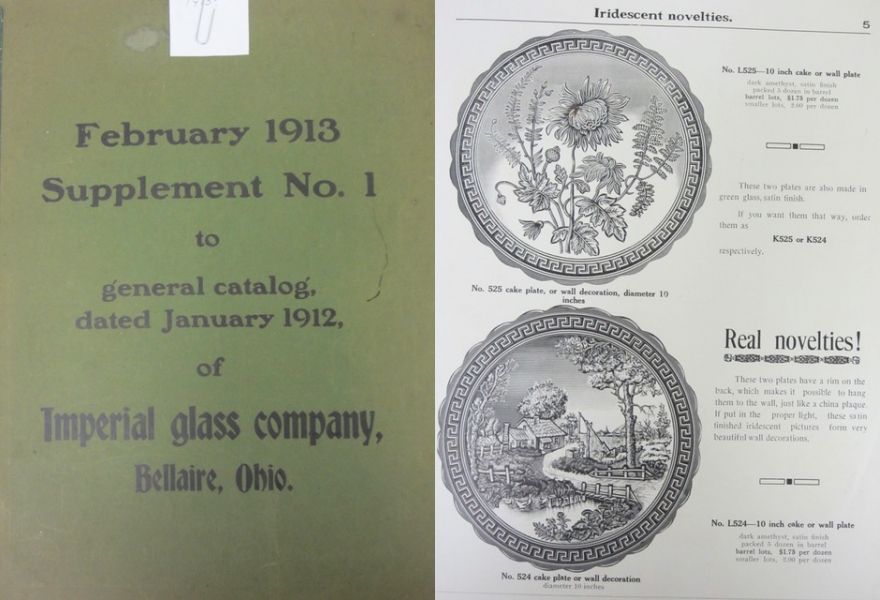 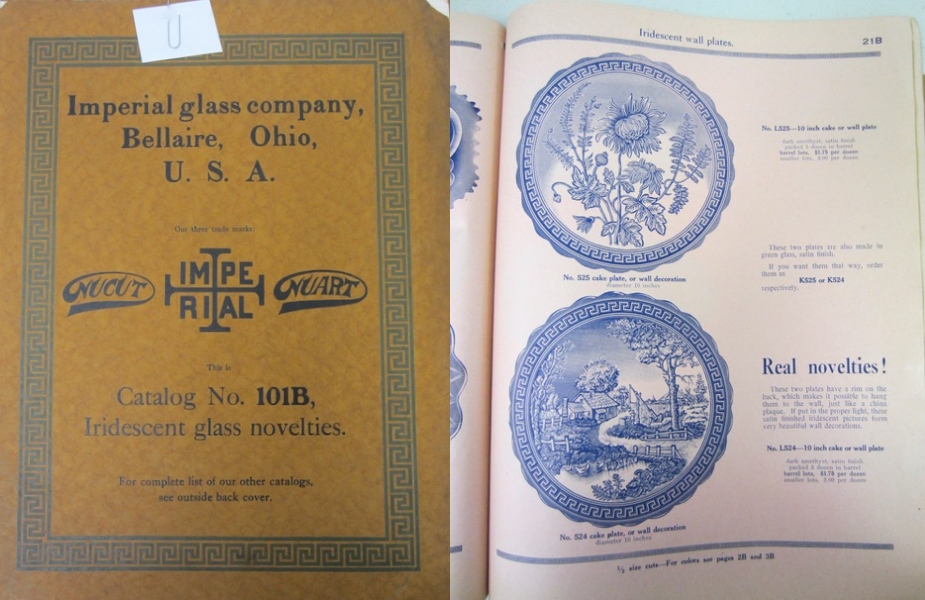 In the catalog Supplement to Bargain Book, ca. 1924-1925 the Homestead and Chrysanthemum plates are illustrated with the Nuart trademark and were offered in a special lot of three plates in barrel quantities, the third plate being the #7007 Heavy Grape plate (without the Nuart trademark).

These four catalogs comprise the only times that I have found the Homestead and Chrysanthemum plates illustrated. Since there are 8 to 9 years between the 1916 and the 1924-1925 catalogs it is difficult to say when the trademark may have been added, but it seems that the unmarked plates were made first.