Continuing our discussion of carnival glass in marketing, the Bernheimer Brothers in Baltimore is an interesting example. Ferdinand and Herman Bernheimer founded the Bernheimer Brothers Department Store in Baltimore in 1888. They would later add their brother Abraham to the mix. From the beginning, they were shooting for the low-end (cheap) buyer, but they employed several unconventional techniques to get them. Their store initially featured a rooftop garden and hosted cow milking demonstrations. The store sold groceries, clothing, and a variety of household goods (including carnival glass, which was also a product aimed at the less affluent customer, hence the nickname “Poor Man's Tiffany.”) Arthur Gutman, the grand nephew of a competitor, called Bernheimers “a cheap ass store.” 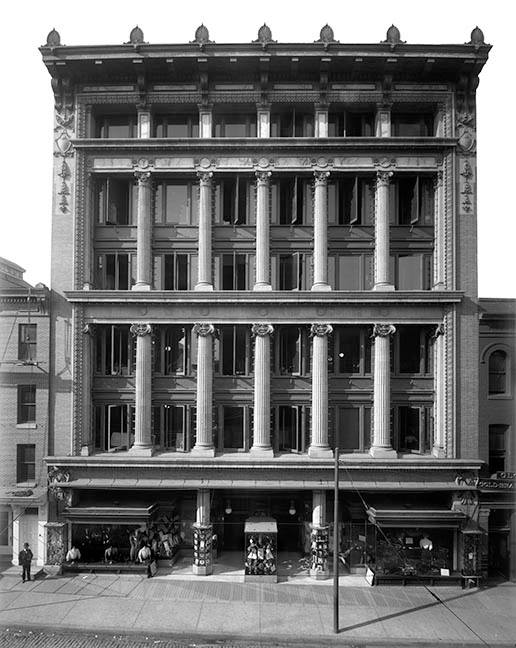 According to the Baltimore Sun, “The brothers courted shopping frenzy. They wanted their store filled with hundreds of people pawing over heaping tables of merchandise. They sought customers who would buy on impulse, regardless of whether they actually needed what they bought. People made fun of the store, but used its goods. Some snooty types would tell the Bernheimer delivery man to park his wagon (first horse-drawn, later electrically powered trucks) around the corner so the neighbors would not know the origin of the new sofa.” The Bernheimers also gave away different commemorative pieces, such as the grand opening stein… 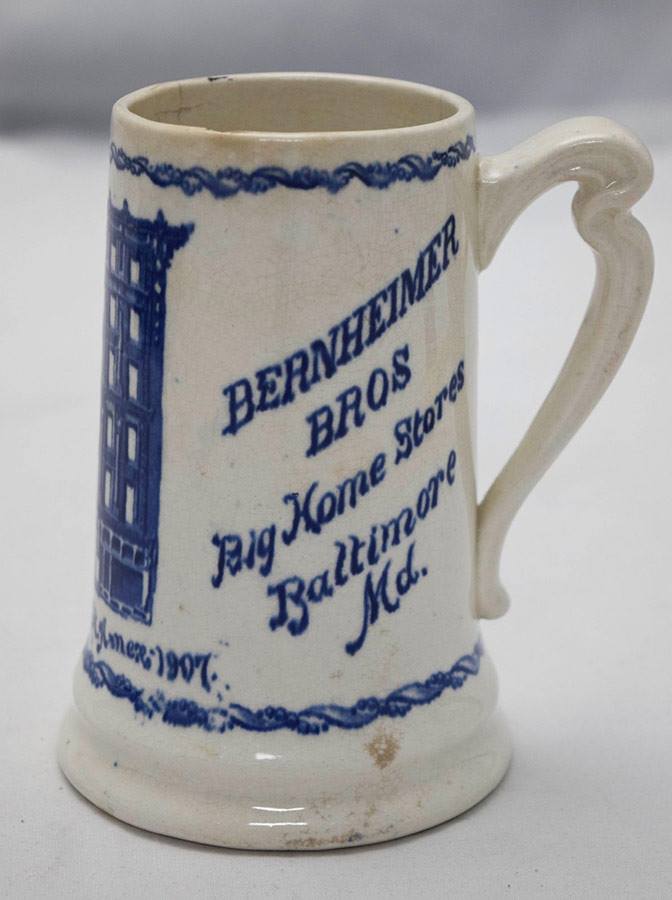 …and a specially made version of the Millersburg Many Stars bowl, which we now call the Bernheimer Brothers bowl. The bowl is always in blue (a rare color for Millersburg) and features their name in the middle of the pattern. The Bernheimers bowl has a five point star, while the Many Stars has a larger six point star in the center. Both versions have the intricate Trefoil Cut pattern on the back of the bowl. We have two examples here (with a closeup of the center), as well as a blue Many Stars bowl that is not a Bernheimers for comparison. 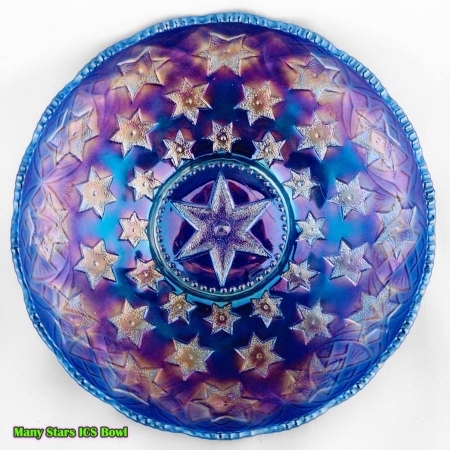 Things went well for the brothers (for a time), but a series of lawsuits against them (including one for roughly strip-searching a female customer accused of shoplifting and an indictment for slaughtering an animal unfit for human consumption and selling the meat in their grocery department), their tactic of playing hardball against competitors and landlords came back to bite them. After engaging in an advertising war and price war against competitors and opening another location in a less popular part of Baltimore, they played hardball against the owner of their primary store's building (by walking out during lease extension negotiations one time too many) and they lost. The landlord signed a lease with a different client and the brothers were scrambling to stay alive. In 1923, they merged with the Leader Department Store in an attempt to go upscale, but only lasted for four years before selling out to the May Company (which still lives today, being owned by Macy's) in 1927. According to the Baltimore Sun, “When Bernheimer's went fancy, it failed. On Sept. 9, 1927, the Bernheimer flags were lowered for the last time.”