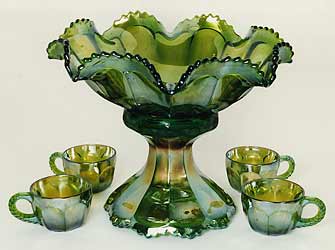 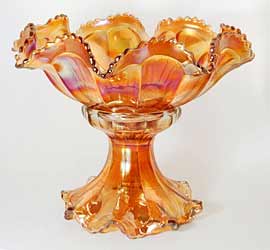 Imperial produced two Flute pattern lines, #393 and #700, calling both of them Colonial pattern lines. Collectors today call various shapes from both lines Flute, Colonial, or Colonial Variant. Shown above are two punch sets from the #393 line. Punch sets, as well as a few other large bowls have a “9” listed after the pattern number–#3939. The green set sold in 1994 for $405. 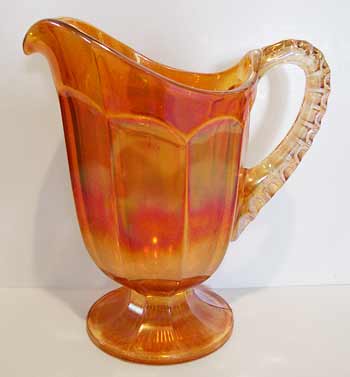 This pitcher is part of the #3939 line but designated #393 1/2 or Colonial Variant. Sauces have also been reported. Thanks to Jim Green for this photo.