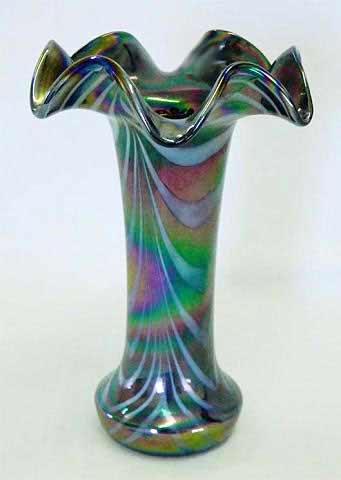 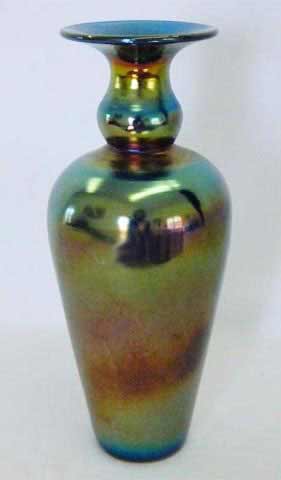 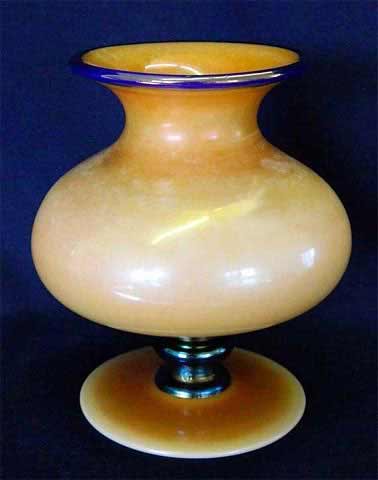 Imperial's Freehand vases were introduced in the early 1920s to emulate lustrous vases then being imported from Europe. They were blown vases and hand decorated. The 7 1/2-inch tall vase on the left (#425) is purple and sold in 2013 for $140. The #157 vase above is blue and sold for $325 at the same auction as the one in the middle. The 7-inch vase at the (above right) is #231 and is marigold on milk glass. It has a cobalt stem. It sold at the same 2013 auction as those above for $400. Photo Courtesy of Seeck Auctions
The Freehand vases were apparently difficult and expensive to make, so Imperial switched to another method after about a year of production. See Lead Luster.