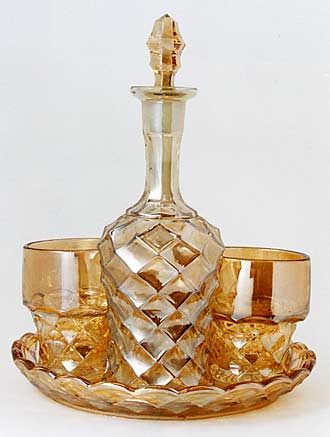 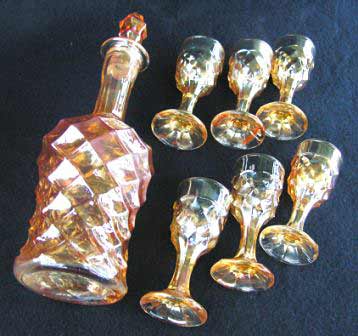 Very few pieces of this pattern have been uncovered. Shown are a decanter, underplate, and two tumblers. The set would probably have had stemmed cordials originally. Also known in a water set. Bob Smith found this set in a Prague antique shop. The maker is believed to be Rinskopf. On the right is a set with the cordial glasses sent by Kim and Bob Barnes. A similar set in marigold sold in 2012 for $350.