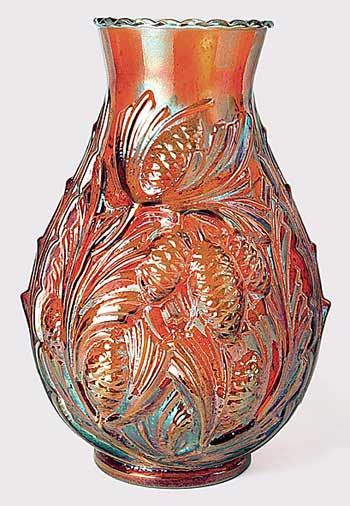 Until a couple of years ago, only three of these 12 1/2-inch marigold vases had been reported (one of them had a curious mark that indicated it was made by Coty of France). Then more began appearing.

So who made these interesting vases? It's believed that the mould was originally made for the Coty perfume company, which was later purchased by the large French glass maker, Saint Gobain. It's thought that Saint Gobain at one point sent the mould to one of it's subsidiaries in Brazil where most of the vases now showing up were made.