The Miniature Flower Basket can usually be found with a wire handle. It is known in marigold, blue opal, peach opal and marigold on milk glass. This pattern has two flower branches each with leaves and one flower blossom. Extending on each side from the flower is a branch with leaves and a bud or smaller flower. The pattern is intaglio and is a bit hard to see. The base has an eighteen point star. The base measures one and three-fourths inches. The four-ruffled top measures four and one-fourth inches. (These top measurements may vary due to the shaping.) Due to the distortion of the flower in the shaping of the ruffled top, I cannot count the petals, but there appear to be more than Mrs. Hartung shows in her drawing. This piece shows four mould lines. Mrs. Presznick draws this piece in her Book 3, plate 69. She named it “Miniature Fluffy Daisy Bride’s Basket.”

The Miniature Intaglio short stemmed compote is also an intaglio pattern as in its name. Sometimes it is referred to as an almond dish. It is known in marigold and peach opal. This piece has a squared shape to the top. It is a four-mould piece with a plain base. The base often has enameled souvenir writing. Each of the four “points” on the top has a flower design. There is a branch that encircles the bottom outside of the bowl with two small twigs that connect upward into each of the four flowers. This connecting twig is doubled. Please remember that the pattern is all on the outside. There appears to be six three-part petals to each flower. There are also fine leaves that hang down from each flower and a fine branch that connects one flower to the next. The plain base measurement is one and one-fourth inches. The top width is three and three-eights inches. These measurements may vary due to the way it is made. The short stem has a bulbing where it connects to the bottom of the bowl. (We own one of these that is covered with a gold paint.)

Carwile shows the Miniature Intaglio piece with the name of “Wild Rose Wreath.” He also states that the Butler Bros. catalog calls it a “stemmed almond.” He further states that it is known in marigold, blue opalescent, one each in white, and aqua. He shows a picture of it in blue opal. He also shows a picture of the Miniature Flower Basket but does not add any additional information that has not already been listed.

I don’t know how these two patterns have gotten lumped as one, but they are two distinct patterns, and, to me, should maintain their own identity. Each has been thought to be manufactured by the Westmoreland Glass Company.

This seems to be a lot of description for two miniature pieces of carnival glass. It was felt necessary in order to establish the identity of each piece. I don’t know if anyone will appreciate this information, but it might be important to those people who are lucky enough to own one or more of them. 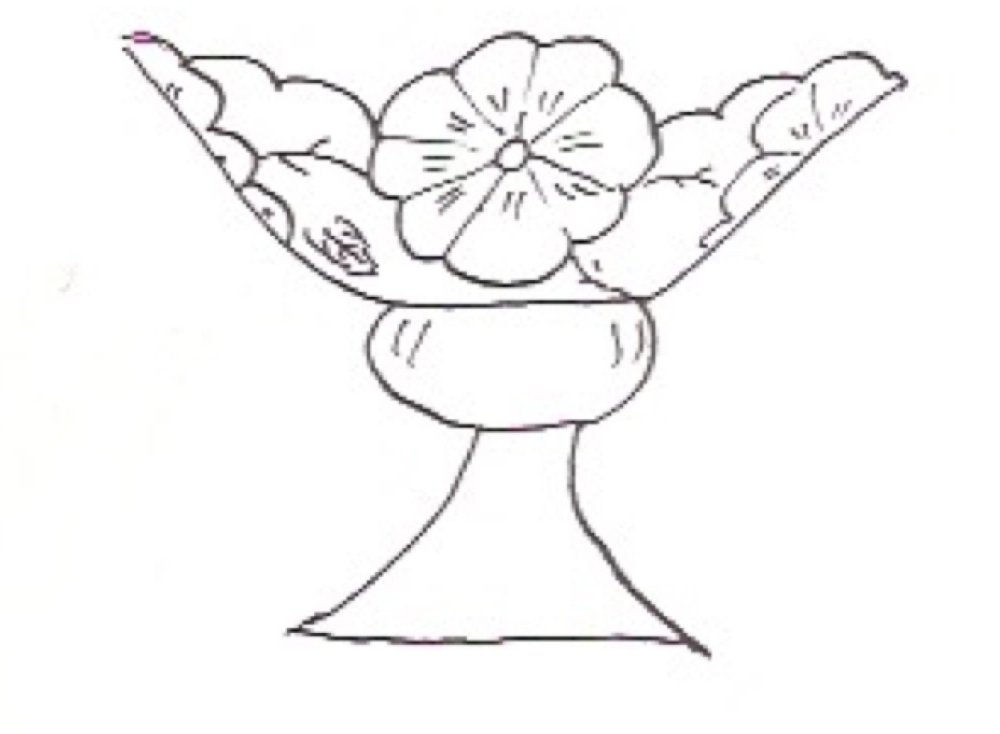 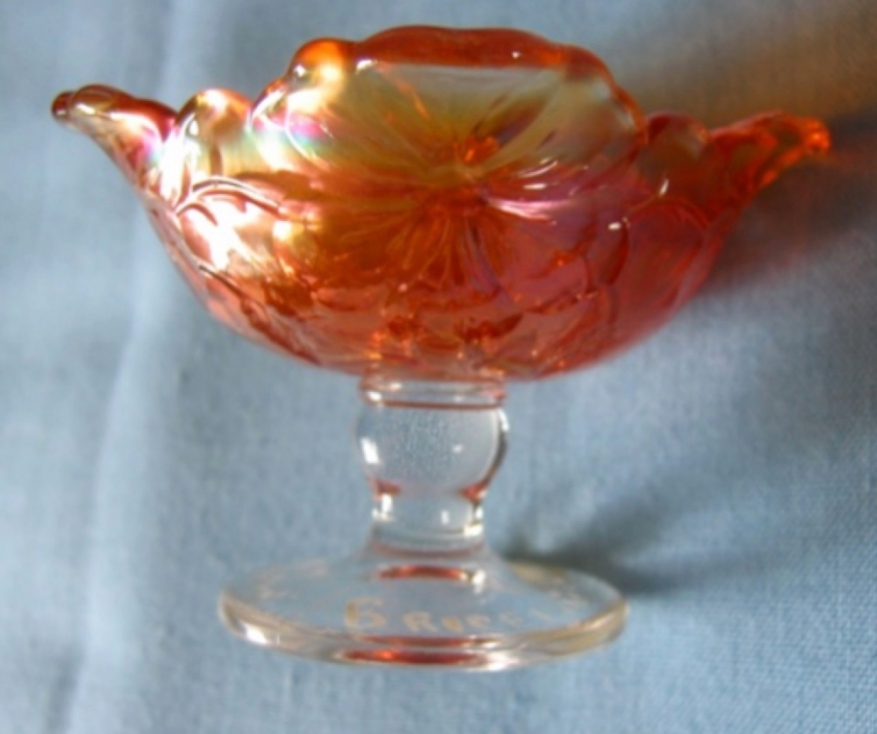 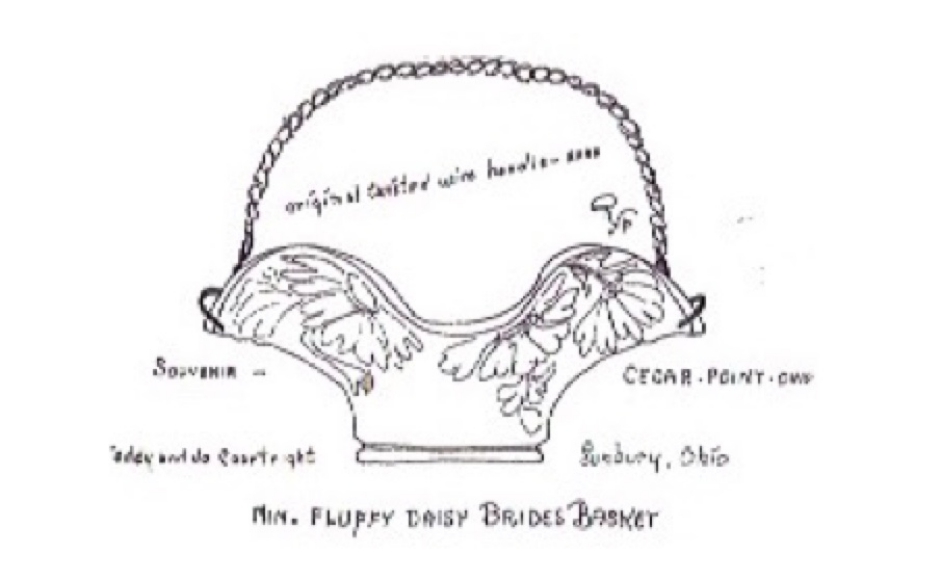 Drawings by Mrs. Hartung and Mrs. Presznick (as noted)
Photographs by Carl Booker