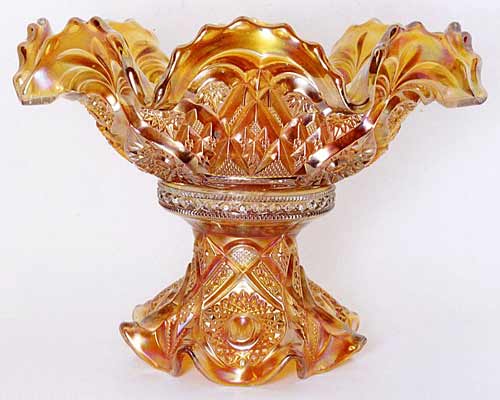 Royalty has a group of small elements arranged in a crown design. The pattern was shown in a 1909 Imperial catalog under the name Imperial Crown. While the pattern was made in many shapes in crystal, it is found only in punch sets in Carnival. The base to the punch bowl is Fashion. The punch bowl is courtesy of Rick and Debbie Graham, the punch cup courtesy of Kathi and Galen Johnson. I've only heard of the set pieces in marigold.