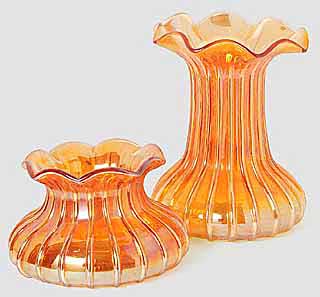 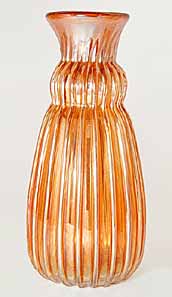 I've seen this pattern in a number of different configurations and at least two different base sizes. The vases once sold in the $25 to $40 range, but in the late 1990s a book reported them to be variants of the much more rare and desirable Imperial Colonial Lady–which they are NOT. These have now been found in a 1909 Sears Roebuck Catalog advertisement, allowing us to attribute them to Fenton. Once believed to be depression era, they are actually one of the earliest carnival patterns.