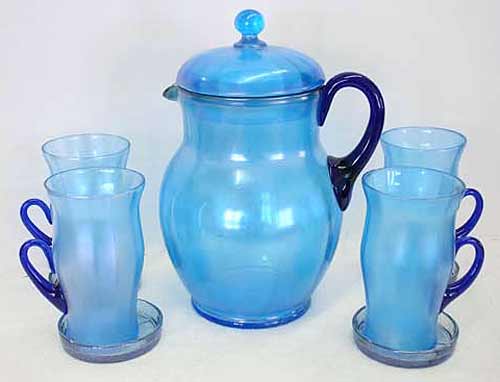 Usually considered stretch glass, but since this pattern often shows up in Carnival auctions, I've included it here. While Rib Optic is the nominal name collectors use, it was listed as #220 ice tea set in Fenton's production during 1921 and 1922. This celeste blue 5-piece set with coasters sold in 2006 for $375. The coasters, by the way, were usually a blue to match the handles. Photo courtesy Seeck Auctions. 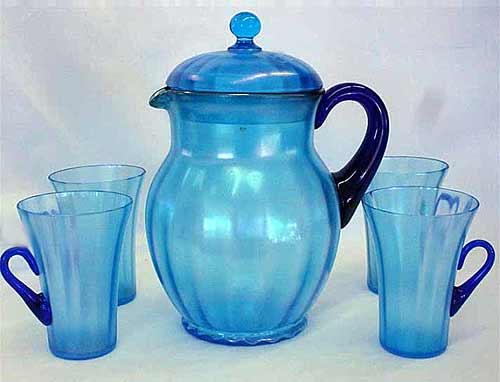 This set, also in celeste blue but without coasters, sold in 2011 for $160. Note the difference in shapes of the tumblers. Photo courtesy Seeck Auctions.