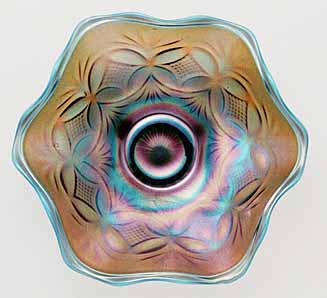 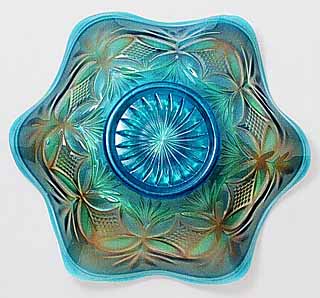 A somewhat misleading name as neither the pillows nor the sunbursts are terribly obvious. Westmoreland's name for it was Elite. The pattern is on the exterior only. It's easiest to spot the “pillows,” which are long, bulbous ovals. The bowls were made from a sugar bowl mold; you can still see the rim where the lid would have fit. 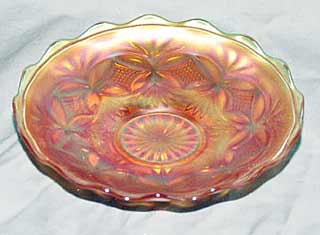 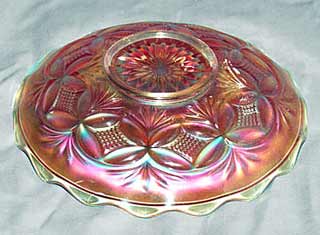 In 2006, Carl Burns sent these photos of the only Pillow and Sunburst plate he's seen in 37 years of collecting. It's certainly the first I'd heard of at the time, but in 2013 Shawn Rosenberry sent me a photo of his marigold plate–so that's at least two.