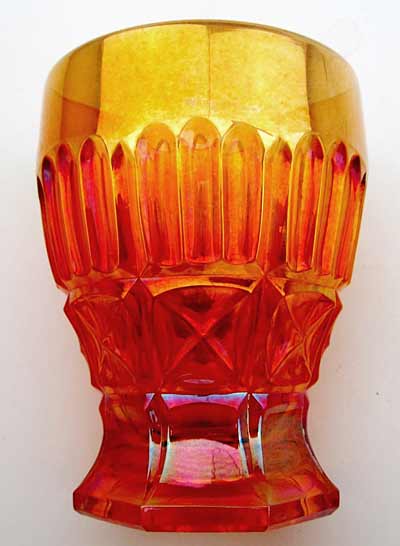 According to Glen and Stephen Thistlewood, who found the first pitcher in this pattern, they named it after the town in France where they found it. They subsequently found the pattern in an old Josef Inwald catalog where it was named “Rivoli.” Many thanks to King Hoppel for the lovely photo of a stunning tumbler in pumpkin marigold.