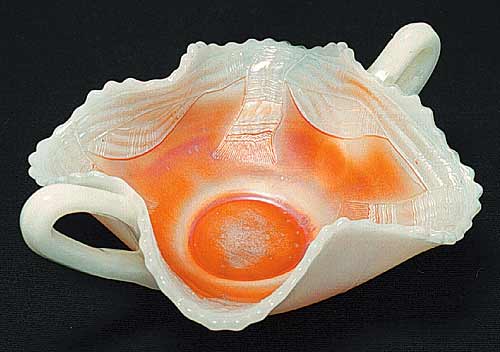 Prayer Rug was produced in custard glass and few of them were iridized. The pattern has a ring of fabric-like texture around the edges and four scarf-like shapes hanging toward the center. Pieces usually have weak iridescence. Plates are especially rare and also will have weak iridescence.