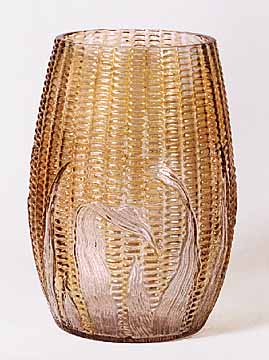 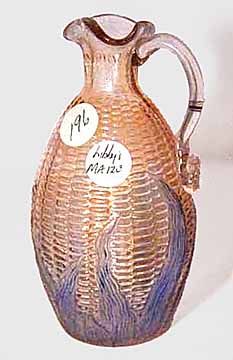 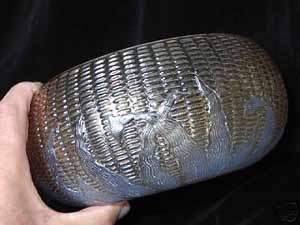 Libby also made this pattern in 8 1/2-inch bowls. This one was offered on eBay from Scotland in 2005 but there were no bids at $46 starting price. The seller said it was a light clambroth with blue-stained husks.