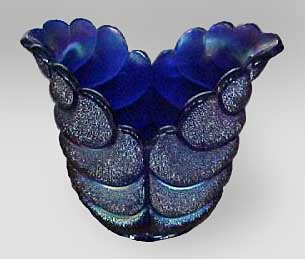 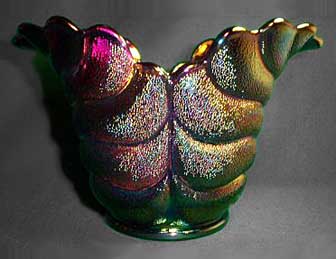 Imperial made this vase in colbalt (Aurora Jewels) between 1970 and 1972, and is marked IG (shown on left). Smith had made this vase more recently in amethyst and white and perhaps other colors. The catch is that neither company owned the mold, but leased it from someone else. So it may show up in other colors in the future. The Imperial versions are worth $30 to $45; the Smith $20 to $30. 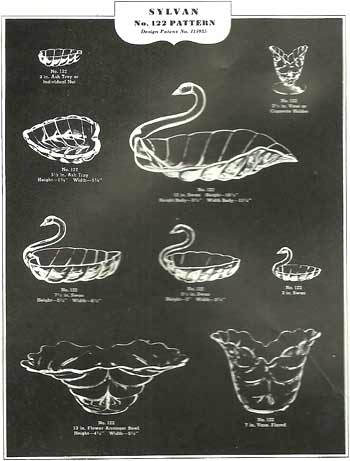 Bill Banks sent me this page from a Duncan & Millers catalog showing the original design for the vases (and other items) called Sylvan No. 122. When Imperial purchased the mold, they retooled it slightly to get the stippled effect. Thanks, Bill.