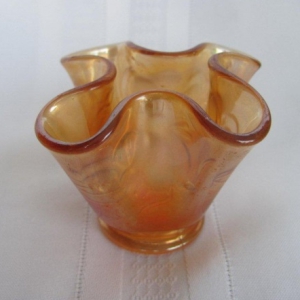 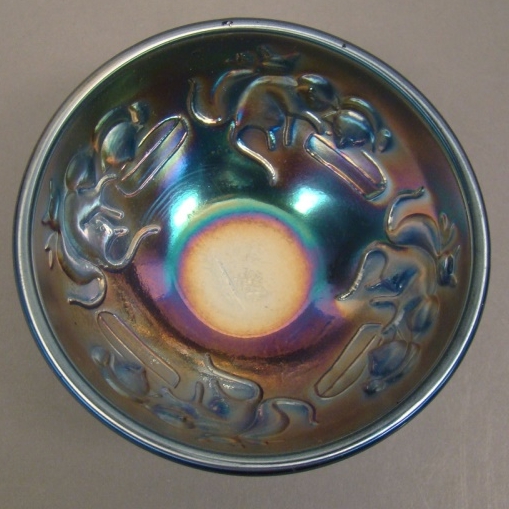 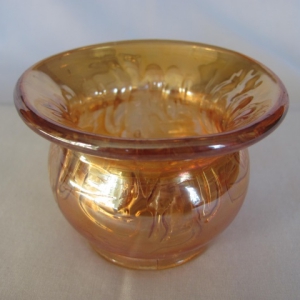 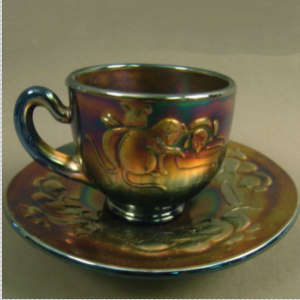 Manufacturer: Fenton
Year(s) of Production: 1919 Butler Bros Catalog
Pattern Description: Four sets of a trio of kittens around the outer edge of these children's pieces. Within each set the kittens are playing around a bowl. Earlier pieces may have two sets instead of four.
Similar Patterns:
About Kittens

Children's dishes with either two or four sets of a trio of kittens around a bowl. The exterior of the bowls and plates are plain as are the interior of the cups. This pattern is found in a limited amount of colors and shapes. These whimsical small dishes were advertised in the Butler Bros Catalogs in 1919.
This pattern was reproduced in handled baskets (not made in the old carnival glass) beginning in the late 1970's.
Available shapes are: 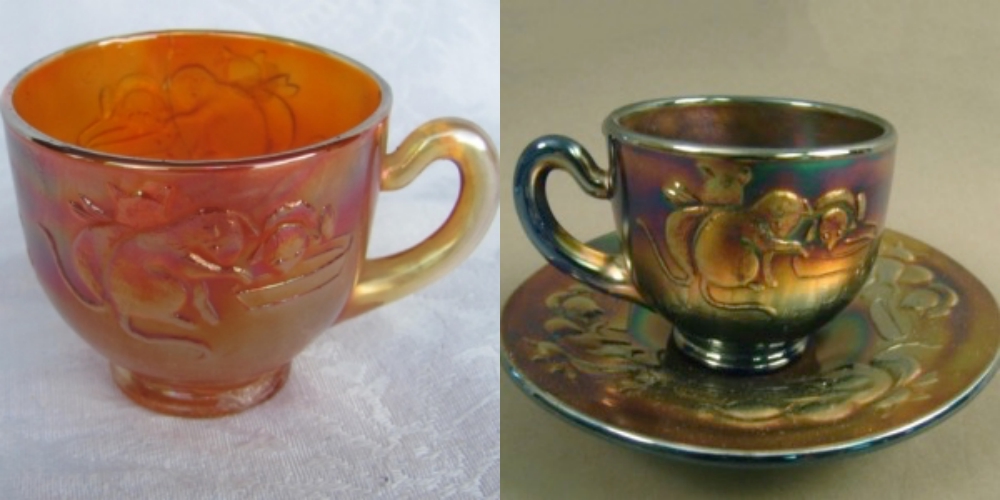 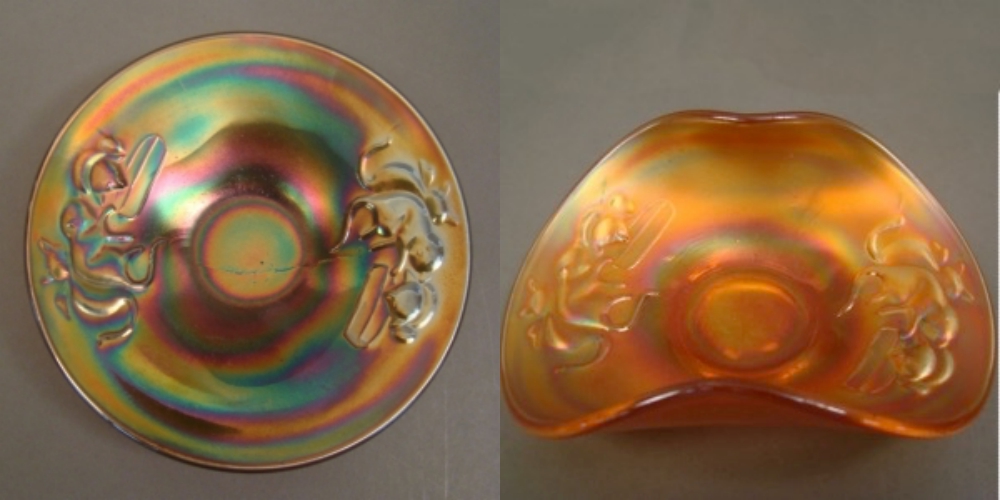 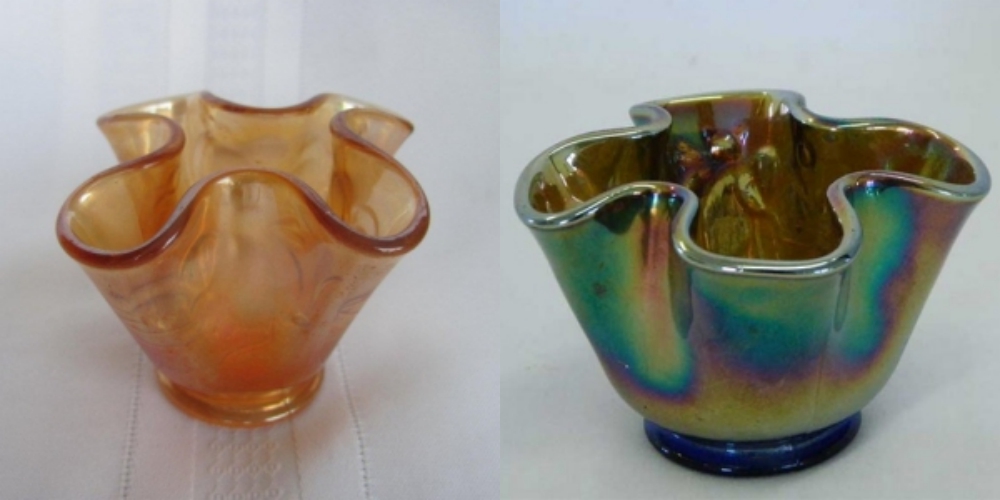 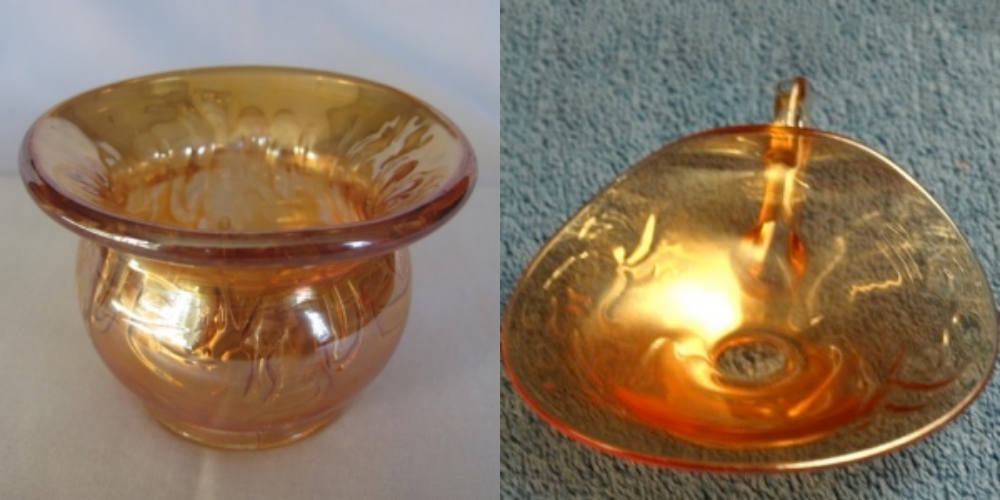 Kittens Whimsies: The photo shows the different whimsies that were made in this pattern: