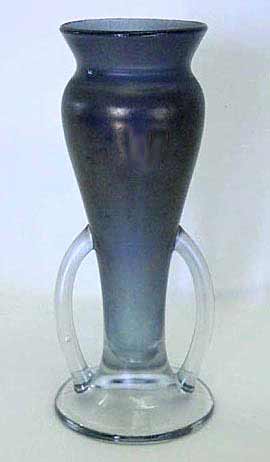 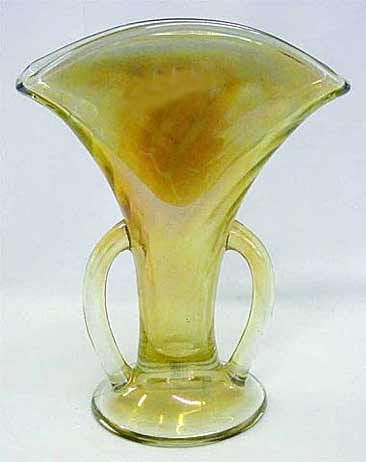 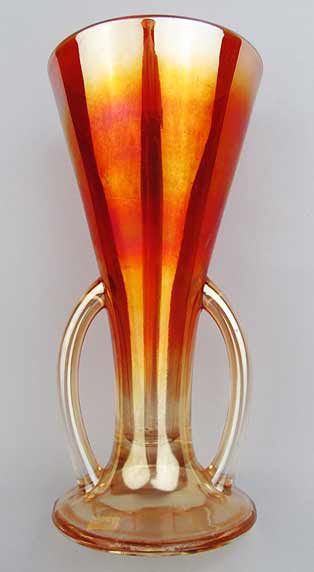 These two handled vases are often referred to as “Two Handle” and are normally 8 inches tall, depending on top shaping. However, advanced collectors and researchers identify it as “Grecian” by Imperial. Not easy to find, so establishing a price can be very difficult, not many sell at auction and lots of things they sell as part of a box lot. The two vases on the left sold in 2013. The smoke brought $90 and the fan-type on the right in a yellow smoke brought $45. Also at the same auction a smoke example with a rolled-out top brought $70 and a white vase sold for $120. Photos courtesy of Seeck Auctions. Two marigold examples sold in 1998 for $70 each, another in 2003 for $28 and one in 2010 for $10, The vase on the right is owned by King Hoppel, who furnished the photo.