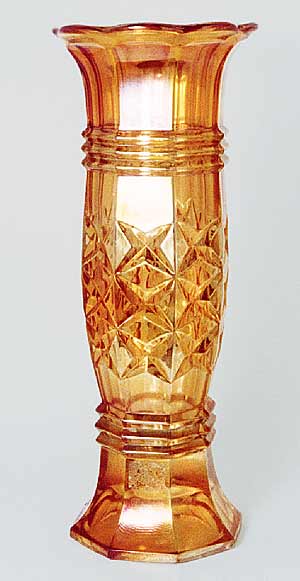 Another vase by the Czechoslovakian glass maker, Josef Inwald, this one was brought to the U.S. from Argentina, so there must have been some traffic between the countries during the carnival era. This example measures 11 1/2 inches tall. A shorter version is shown in an Inwald Catalog.