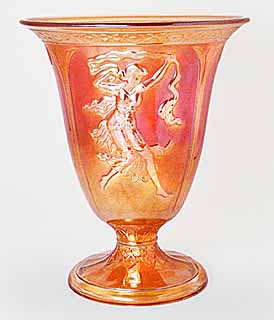 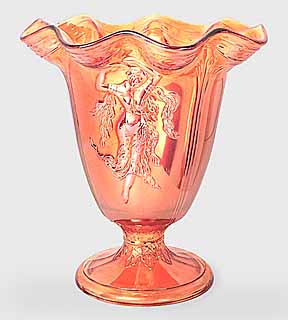 This pattern was introduced by Fenton around 1920-1930. It is also called the Dance of the Veils. It was made in many non-carnival shapes. This is one of the few patterns in carnival glass with the human figure. The console bowl sold in 2009 for $2200. The pattern was reissued by Fenton in vases (regular and fan) as well as covered urns.
The reported shapes include: 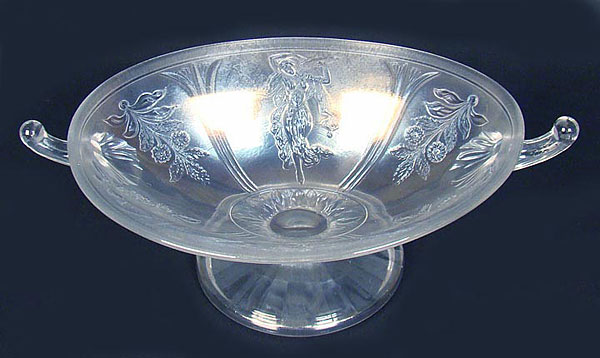 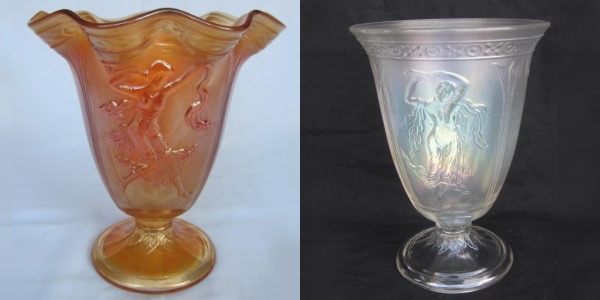