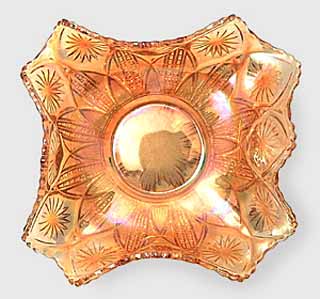 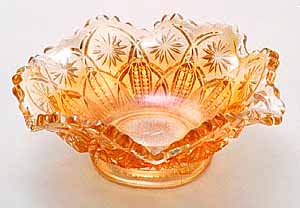 Like most geometric patterns, Country Kitchen is difficult to remember. Perhaps the best clue to distinguishing this pattern is the ring of multipoint stars that circles each shape near the top. The oddly shaped bowl upper left, in marigold, sold for $575 in 1994. The marigold sauce (above right)belongs to Carl and Eunice Booker. The pitcher in this pattern has been given its own name of Potpourri.