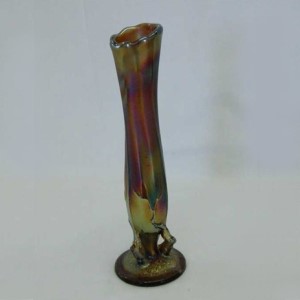 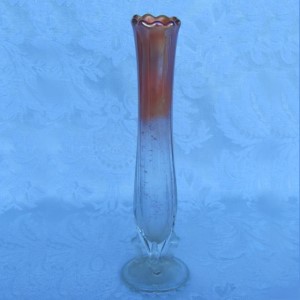 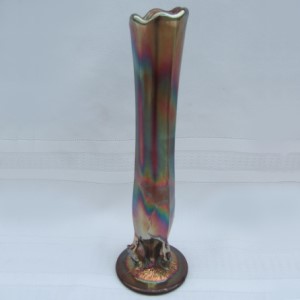 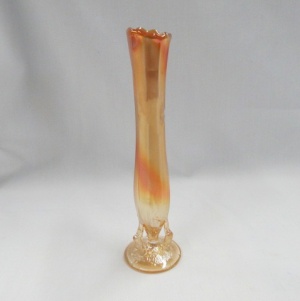 Manufacturer: Diamond
Year(s) of Production: 1916-1929 Butler Bros Catalog
Pattern Description: Wide vertical panels and a round base, the stem is usually made up of 3 twig like branches (over 6" tall).
Similar Patterns: Dugan Twigs
About Beauty Bud

6 1/2″ to 9″ tall vases, typically with 3 twig feet above the collar base making up the stem, but also found in a version without the twig feet. The marigold version frequently has only the top portion iridized – it was intentional and advertised as such in the Butler Bros Catalog in about 1916-1929. The short version of this vase was an earlier mold (actually done in pre-carnival) by Dugan and is called Twigs – it is under 5″ and has many different edge treatments [see them both here bb-twigs]. 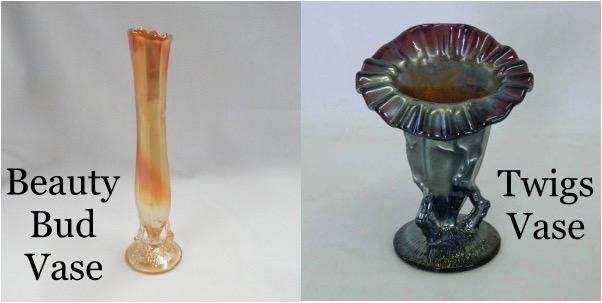