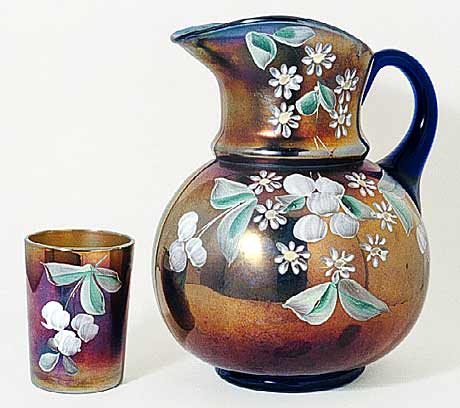 This is probably the most frequently seen enameled pattern. The pitchers may be called Cherries, Cherries and Little Flowers, or Cherries and Blossoms. The tumblers, lacking the small flowers, are all called Cherries. Both Fenton and Northwood made sets decorated in this design. They are impossible to tell apart except for the occasional Northwood mark.