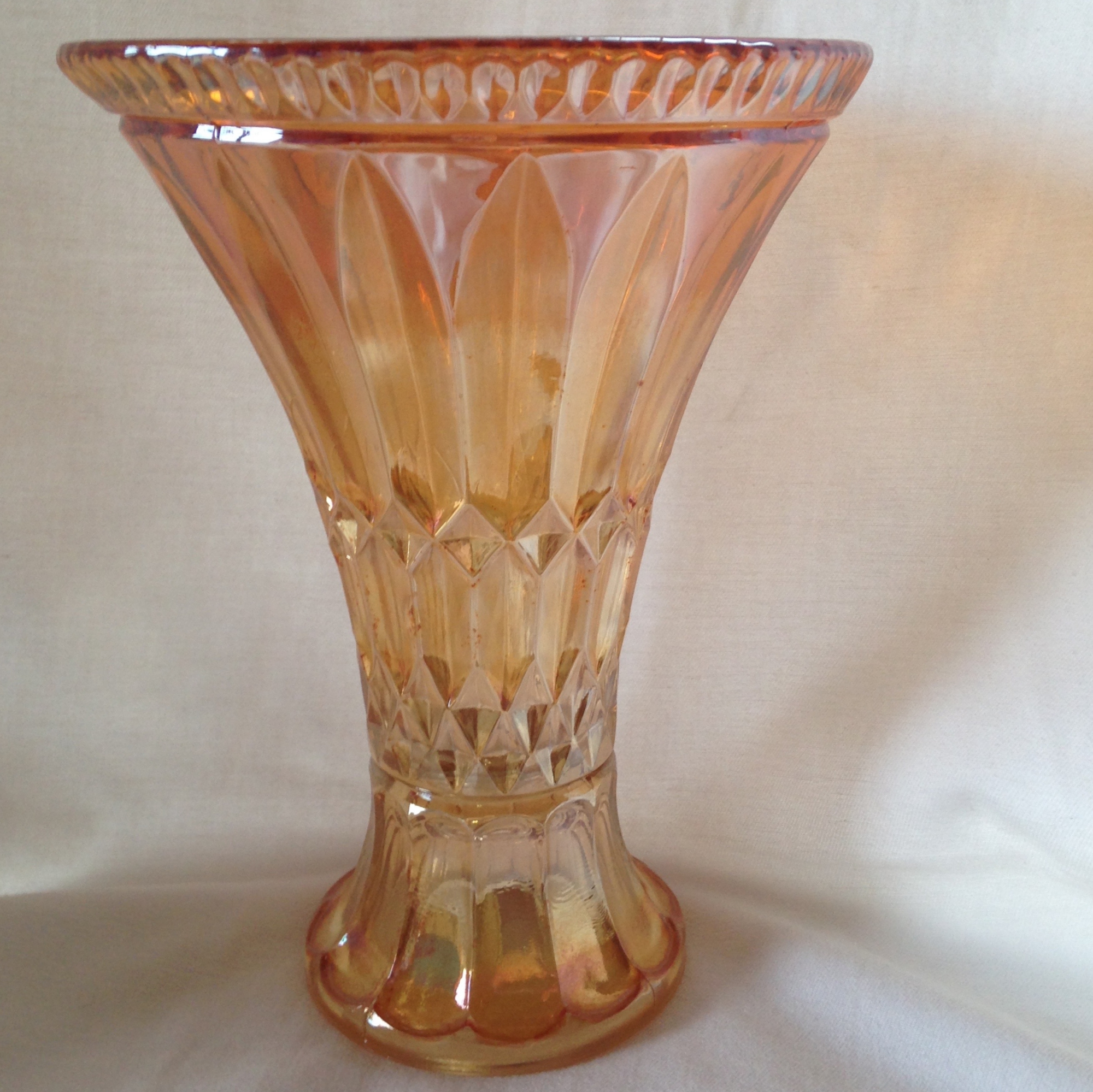 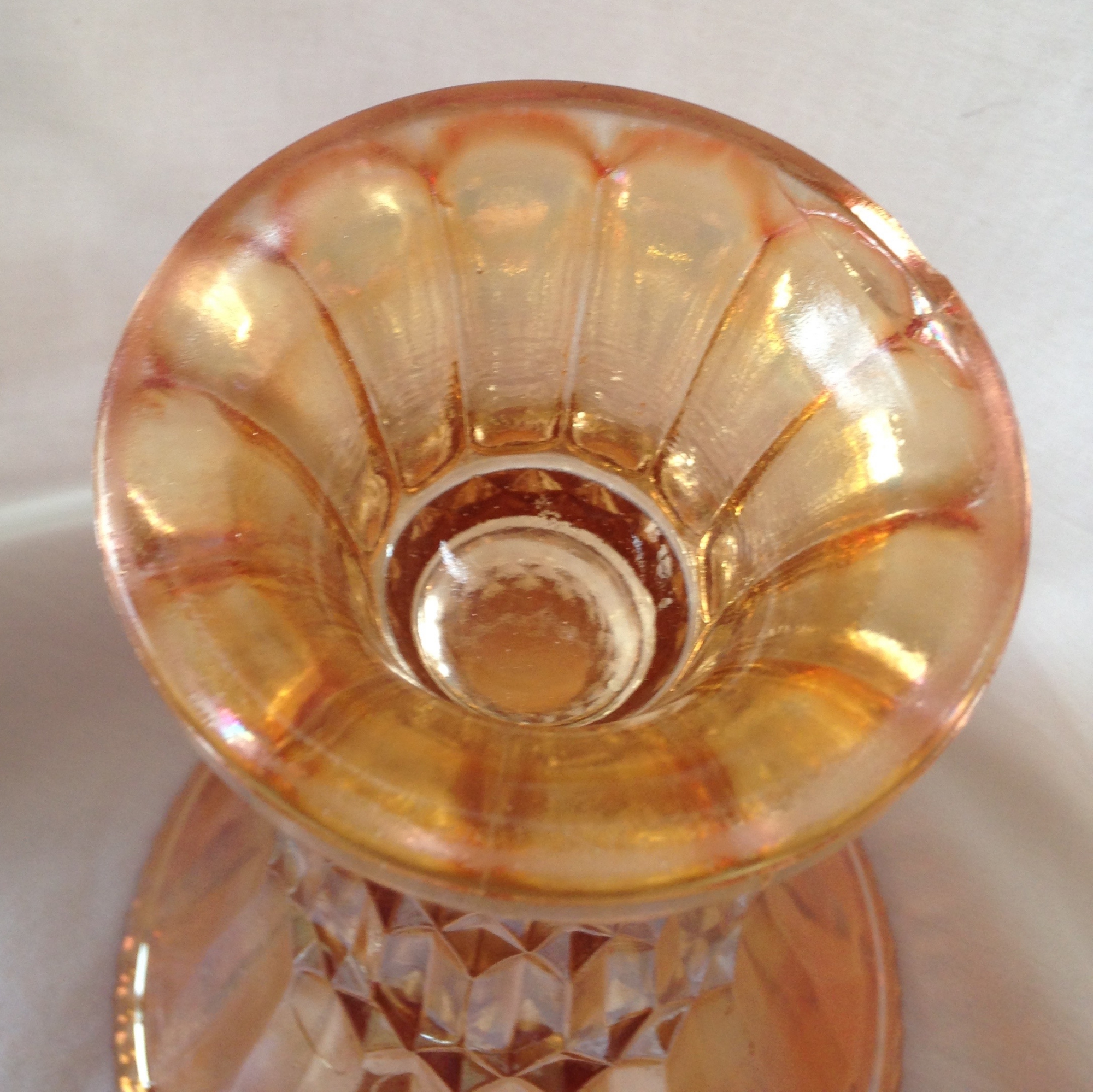 I don't have any information on the maker of this vase, but was told by the seller that it is called Auckland. It is 7 1/4″ tall with a 3 1/8″ base and a 5 1/2″ mouth. The base, as shown in the second picture, is very deeply indented.
The pattern is nicely geometric with 12 oval circles on the base, and rows of diamonds moving up the vase, some of them very elongated. It is a two part mould. Only reported thus far in marigold.